The fifth-generation Jeep Grand Cherokee will come to the Indian car market via complete import and will be one of the most premium American products.

Jeep India on Monday shared a teaser image of the fifth-generation Grand Cherokee SUV and confirmed that the model will join its lineup here next month. The Jeep Grand Cherokee will be the fourth SUV in the company’s lineup in India at launch.

Jeep India now offers Compass, Wrangler and recently launched Meridian like a rival three-row SUV Toyota Fortuner. But the Grand Cherokee is likely to gain a lot of attention thanks to its plethora of features and iconic 4×4 abilities. First launched in 1992, the Grand Cherokee is considered the most award-winning SUV over the years and the latest version of the car made its global debut a year ago. In global markets where it is offered, the SUV is also offered as a plug-in hybrid option although it is not yet clear if this will make it to India.

The latest Grand Cherokee is largely similar to the previous model but benefits from a slightly more prominent appearance with sharper lines. The front grille has been updated while still sporting the signature seven-slot Jeep grille. The front LED units are now nicer while the rear LEDs have also been reworked.

On the inside, space has been enhanced in the latest Grand Cherokee, and the three-row version is still longer than the two-row version of the model. Additional features like a 10.25-inch home screen, AppleCarPlay, and Android Auto are standard. There’s also a rear-passenger entertainment screen, and the vehicle is 4G-ready to support playback from streaming sites. Full leather seats and a 19-speaker sound system further enhance the premium interior experience.

Vaishali Takkar to Sidharth Shukla: TV celebs who died at a young age 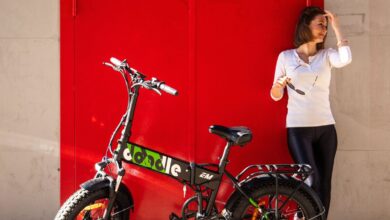