As Queen Elizabeth II’s coffin made its way from Westminster Abbey to St George’s Chapel at Windsor Castle on Monday, a white bill could be seen lurking among the crown jewels and a spray bottle. Iconic flowers.

It was a farewell message from King Charles III, the queen’s eldest son and heir, which simply read: “In loving and devoted memory. Charles R.”

Notes show that Charles began using “R” for “Rex” – Latin for “king” – the initials commonly used by sovereigns when signing correspondence. Queen Elizabeth signed it as “Elizabeth R.” for “Regina” or queen.

Personal notes on the coffins of those with funerals have been an unofficial tradition in the royal family for decades. The Queen had previously left notes on her mother’s coffin, Queen Elizabeth, Queen Mother, passed away in 2002, and her husband, Prince Philip, who passed away last year.

For her mother, the queen wrote her goodbye message on the same Buckingham Palace stationery that carried Great mark of the kingdom like Charles did for her Monday funeral. For her husband of 74 years, Mrs reported used her personal stationery. In both notes, the queen initialed her messages not “Regina” but “Lillibet”, her maiden name.

A memorable scene from Princess Diana’s 1997 Funeral was an envelope stuffed inside a white floral spray and written by one of her children, Prince William, 15, and Prince Harry, 12, simply writing “Mother”.

Farewell notes were not exchanged privately between members of the royal family: When Queen Elizabeth’s father, King George VI, died in 1952, Prime Minister Winston Churchill left a note in the flower tribute for the king that said “For Valor,” along with the inscriptions on the Victoria Cross, the highest honor given to members of the British armed forces.

In addition to Charles’ personal note, the flowers on the queen’s coffin told a story of their own.

The foliage includes rosemary, symbolizing remembrance; English oak, symbol of the power of love; and myrtle, a plant that symbolizes a happy marriage and was grown from a branch of the myrtle tree in Elizabeth’s 1947 wedding bouquet. At the king’s request, the wreath was made in an environmentally sustainable way, the palace said.

At the request of the King, the wreath features foliage of Rosemary, English oak and Myrtle (cut from the Myrtle tree in the Queen’s wedding bouquet) and flowers, in shades of yellow and pink. and deep burgundy, with splashes of white, cut from the gardens of Royal Residences. pic.twitter.com/5RteIWahuW

NFL Week 2 Odds: How to bet on Titans-Bills, choose 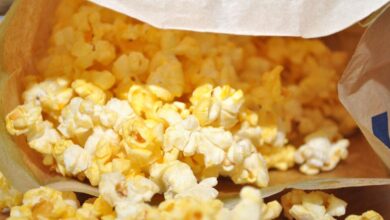 EPA to designate PFAS, or ‘Permanent Chemical’, as Hazardous