According to their respective governments, Japanese Prime Minister Fumio Kishida and South Korean President Yoon Suk-yeol held their first dialogue talks with both sides agreeing on the need to improve relations that have become worsened by the feud caused by Japan’s wartime abuses on the Korean peninsula.

The informal meeting took place in New York City on Wednesday on the sidelines of the United Nations General Assembly (UNGA).

The talks were the first between the leaders of the neighboring countries since 2019.

“We have taken the first step to produce tangible results,” a South Korean presidential official told reporters in New York City, according to Seoul’s Yonhap news agency. “After two years and 10 months, despite the fact that Korea and Japan have many different disputes, the two leaders met and took the first step to reach a solution. That’s why it makes so much sense.”

The relationship of Japan and Korea is at the lowest level in decades.

Japan, insisting the issues were resolved in a 1965 treaty normalizing relations, responded by imposing restrictions on exports of key chemicals to South Korea. Seoul, too, downgraded trade relations with Tokyo, while the Koreans launched a boycott of Japanese goods.

Tensions have raised concerns in the United States, with analysts saying it could threaten security cooperation at a time when North Korea has ramped up weapons testing and undermined Washington’s efforts to build an Indo-Pacific alliance aimed at countering China’s growing global influence.

Hope thawed when Yoon took office in May.

The conservative president has promised to break the policies of his Democratic predecessor and improve relations with Japan, describe Tokyo as a partner in addressing global challenges as Russia, affected by the war in Ukraine and North Korea, accelerates its missile program and enacts legislation allowing for a pre-emptive nuclear strike.

During Wednesday’s meeting, Yoon and Kishida “agreed on the need to improve bilateral relations by resolving pending issues and agreed to guide their diplomats to speed up their meetings.” negotiations between them to achieve that goal,” a spokesman for the South Korean president said in a written press conference. . The two leaders shared serious concerns about North Korea’s nuclear program, including the recent legalization of nuclear weapons and the possibility of a seventh nuclear test, he added. and agreed to work closely with the international community to respond to it.

The meeting lasted 30 minutes, he added, in a conference building near the United Nations headquarters.

Meanwhile, Japan’s foreign ministry said the two leaders “shared the need to restore healthy bilateral relations with the settlement of various issues” and also affirmed the importance of promote bilateral and tripartite cooperation related to the US because “Japan and Korea are important neighbors in the current strategic environment”.

Analysts described the meeting as a breakthrough, with previous attempts to arrange a summit having failed.

Yoon invited Kishida to his inauguration, but the Japanese foreign minister attended, while efforts to arrange a summit during US President Joe Biden’s Asia visit in May and a meeting NATO in Madrid in June also failed. However, Japan’s Kyodo news agency said the two leaders spoke briefly when they met on the sidelines of the NATO meeting.

“The fact that the summit was held is a diplomatic achievement for Yoon and Kishida,” said Leif Eric-Easley, an associate professor of international studies at Ewha Womans University in Seoul.

“However, both governments still need to work because it will take more than a meeting on the sidelines of the United Nations to repair the bilateral relationship. Seoul needs to untie the legal and domestic political knots over the wartime reparations issue while Tokyo should show greater efforts for historic reconciliation and cooperation on trade,” he said in a statement. comments via email. “Washington will support because stronger Korea-Japan relations will contribute to economic growth, regional security and safeguard the international order.”

What does Putin’s partial military mobilization mean for Russia and Ukraine? Renewable energy jobs increase by 700,000 in a year, to nearly 13 million – Global issues 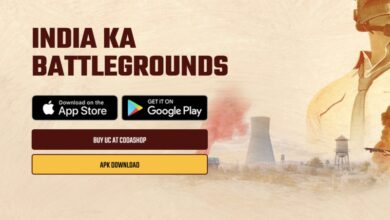 Krafton may have known that a ban is coming