Serbian Prime Minister Ana Brnabic said the authorities in Pristina had pushed the situation in Kosovo to the brink of war. Belgrade has vowed to find a way to bring security forces back to the breakaway province, arguing that the NATO-led peacekeeping force is failing in its mission.

Brnabic said that Serbia has the right to deploy up to 1,000 of its security personnel in the province under the terms of UN Security Council Resolution 1244. “KFOR does not fulfill its obligations and the Serbs in Kosovo-Metohija do not feel safe.”

Brnabic pointed to multiple incidents this week, including KFOR and ethnic Albanian police raids on a kindergarten in Leposavic, and said the Kosovo government led by Albin Kurti was violating the Kumanovo and Brussels every day – referring to the 1999 armistice and the 2013 technical agreement, respectively.

In addition to the raid on the kindergarten, ethnic Albanian authorities destroyed the entire warehouse of a winery owned by a Serb family in Velika Hoca and “actually takes up the whole city” Petar Petkovic, the commissioner of the Serbian government in Kosovo, said on Thursday.


Petkovic also warned “those in the West have a duty to keep Kurti in line” that President Aleksandar Vucic was absolutely serious when he said that Serbia would not allow another massacre in the province.

The Russian ambassador to Belgrade, Alexander Botsan-Kharchenko, said that Pristina’s actions were a “the Serb campaign of intimidation and oppression” to gain control of the Serb-majority districts “with patience and even support from the West.”

“Of course the West is not interested in making the deals it brokers,” Botsan-Kharchenko added. “It’s important to them to spend time with the side they support.”

According to the Kosovo police, the deployment of Mitrovica is preventive and part of the “necessary, reasonable and lawful measures to enforce the laws and decisions of Kosovo state authorities.” Pristina added that it was “has control over the security situation and law enforcement across the country.”

Meanwhile, the president of the breakaway province Vjosa Osmani said the Serbian police would “never” return to Kosovo, call report of Belgrade “The Serb’s Dream of Hegemony” and “an overt threat of aggression,” according to RT Balkan.

NATO troops took control of Kosovo in 1999, after bombing Serbia for 78 days. The ethnic Albanian interim government declared independence in 2008, which Belgrade has refused to recognize.

Ankylosaur use their sledgehammer tails to fight each other 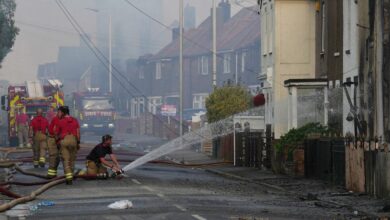 As the temperature rises, ‘Here’s a preview.’ Will the Warning Be Heard? 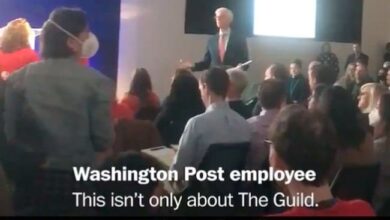