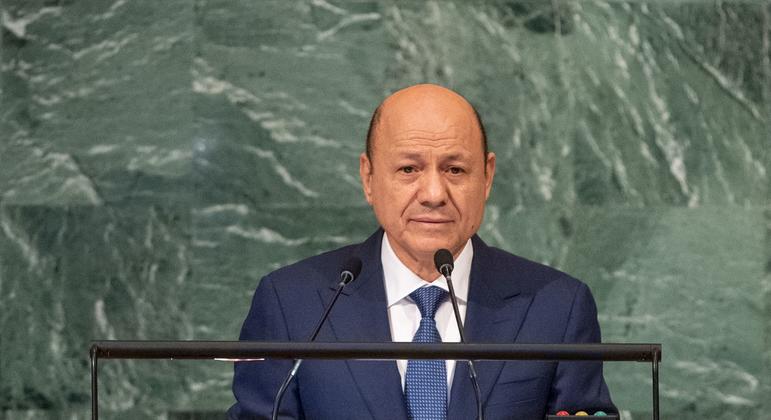 “The ultimate goals of the Presidential Council will be [securing] he told world leaders gathered for high-level debate at the UN General Assembly.

As a result, he continued, Yemen is now “on the path to restoring the State, ending the coup, restoring the system of rights and freedoms, equal citizenship, and ensuring that women and young people enjoy empowered to forge their own futures and to build peaceful desires.”

President Al-Alimi affirmed that the new Council adheres to the ideals of peace, in accordance with the terms of reference for a comprehensive solution to the Yemen crisis outlined in the Gulf Initiative and the parties. relate to. Security Council resolutions.

He also highlighted the Presidential Leadership Council’s commitment to establishing “an approach consistent with the Charter and functions of the United Nations, facilitating the work of humanitarian agencies.” , political mission and related monitoring mechanisms, ensuring the political, economic and social rights of women, and preventing the exploitation of children and the recruitment of children in hostile activities . “

At the same time, Al-Alimi warned of the consequences of the ongoing unrest in Yemen, saying that if the political process slows down, “militia and terrorist groups are more dangerous in cross-border threats.” borders, as well as the severity of their violations of human rights. “

He accused the Ansar Allah (Houthis) group of “overturning” the national consensus emanating from the Comprehensive National Dialogue Conference, which ended in January 2014 with the participation of all forces and parties. Yemen, including the Houthis. “/P>

However, he said, the Houthi militias are hindering the presentation of a new draft constitution for a referendum, “and launching a major invasion campaign into the capital Sana’a and its cities.” the city of Yemen, while threatening the President of the country and the Government. of the National Treaty of Aden and… declaring war on its neighbors and the world at large.”

The Chairman of the Presidential Leadership Council said that the brutal war in his country today has become a real threat to regional security and is affecting international and global shipping lanes. global power supply.

President Al-Alimi added that climate change-related epidemics and floods every year bring death and costly devastation along with the collapse of the Government’s protection and care network,” this limits our options for saving lives, especially due to the movement of terrorist militias.reject all efforts to achieve lasting peace, rebuild and develop our country. we “.

As the humanitarian truce drew to a close, the Yemeni official reminded the Council of the Presidential Command Council’s commitment to all elements of the truce, “starting with the implementation of military missions.” regular commercial flights to Sanaa Airport and facilitate the entry of oil tankers into Hodeidah ports. “

At the same time, he accused the “Houthi militia” of looking for pretexts to obstruct the ceasefire and hinder international efforts to extend the agreement and build on the progress of achieving comprehensive peace. Czech star, 16, rejects US Open outrage after her dad and coach slap their ass in celebration