The banking association said it was too dangerous to open the doors after armed depositors began entering branches and demanding their own money.

Banks in Lebanon will close indefinitely after the country’s banking association said a series of bank robberies had made opening branches too dangerous.

The banking association’s statement was released on Wednesday night, before banks are scheduled to reopen on Thursday after shutdown for three days.

At least eight banks have held by depositors Last week trying to access their own savings.

“It is not clear yet what indefinite means,” Al Jazeera’s Zeina Khodr reported from Beirut. “Banks are closed but to a certain extent they are still maintaining services. For example, depositors can take money from ATMs but only in local currency”.

Strict measures have been put in place since 2019 preventing depositors from accessing most of their dollar savings. The regulations have led to anger, with depositors “desperate with their savings because the economy has collapsed,” Khodr said.

On September 14, a Lebanese woman, Sali Hafiz, forced employees at a branch of BLOM Bank in Beirut give her thousands of dollars from her own account by waving a replica gun to fund her sister’s cancer treatment at the hospital.

Hafiz has been hailed as a hero by many Lebanese and told Al Jazeera that her actions were in response to the bank “stealing” her money.

The same day Hafiz entered BLOM, an armed man entered a BankMed branch in the Lebanese city of Aley, trying to get his savings back. The man took some money before handing himself over to the authorities.

Khodr of Al Jazeera said: “Many people can’t find jobs and they really blame the banks for imposing these controls on the people.

She added that people are worried about their access to money with public and private sector salaries set to be paid next week.

“Will there be enough cash in those ATMs when that happens, or will people still not be able to access the dollars?”

The Lebanese economy has been struggling since the end of 2019 for a economic depression described by the World Bank as one of the worst the world has seen since the 1850s.

The IMF organized a three-day visit to the country to discuss implement reforms with Lebanese officials agreed in April.

“Despite urgent action to address Lebanon’s profound social and economic crisis, progress on implementing the reforms agreed under the April SLA has been slow,” the IMF said.

Lebanese President Michel Aoun met with the Head of the IMF Delegation, Ernesto Ramirez Rigo, before the delegation left Beirut.

IMF says Lebanon’s gross domestic product (GDP) has fallen by more than 40% since 2018, inflation still in three digitsForeign exchange reserves are depleting, and the parallel exchange rate hit a new low this week, hitting more than 38,000 Lebanese pounds against the dollar.

Ramirez Rigo said: “Amid declining revenues and severely constrained spending, public sector institutions are failing and basic services for citizens are being drastically cut. “Employment and poverty rates are at historic highs.”

On Wednesday, Lebanese Prime Minister Najib Mikati said at the United Nations General Assembly that the government was “working on an economic and financial recovery plan” to address the crisis.

“We are also implementing a comprehensive package of structural and industry reforms to meet the needs of the Lebanese people.”

Mikati added that the government is also working to “develop laws that guarantee absolute transparency”. 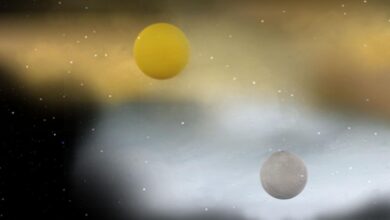