Russian President Vladimir Putin has appointed a new general to direct the war in Ukraine as his army changed plans following its failure to capture Kyiv, according to a US official and a European official.

“It speaks to the recognition of the Russians that the situation is going terribly wrong and that they need to do something different,” the European official said.

A new theater commander with extensive combat experience could bring a degree of coordination to an attack expected to focus on the Donbas region, rather than on multiple fronts.

Dvornikov, 60, is the first commander of Russia’s military operations in Syria, after Putin sent troops there in September 2015 to support the government of Syrian President Bashar al-Assad. During Dvornikov’s time in command in Syria from September 2015 to June 2016, Russian aircraft supported the Assad regime and its allies as they surrounded rebel-held eastern Aleppo, shelling nearby towns. densely populated areas and caused massive civilian casualties. The city fell to Syrian government forces in December 2016.

Russian forces used a similar heavyweight approach in parts of Ukraine, attacking residential buildings in major cities and destroying much of the Ukrainian port city of Mariupol.

“We will see how well that works,” said the European official. “Russian doctrine, Russian tactics are still pretty much the same as they have been since Afghanistan.”
“They do things the same old way,” the official added.

Military analysts and American officials familiar with intelligence assessments have speculated that Russia’s generals have a goal of presenting Putin with some glaring progress on the battlefield before Victory Day on Nov. May 9, as Russia observes the defeat of Nazi Germany and traditionally marks the occasion with a military parade in Moscow. Red square.

The European official described this as a “self-imposed deadline”, which could lead the Russians to make more mistakes.

But it also has the potential to prompt Russian forces to commit more atrocities, as allegedly happened in the Bucha suburb of Kyiv during the Russian occupation. “The stench of these war crimes will hang over the Russian armed forces for many years,” the official said.

Former UK ambassador to Russia Sir Roderic Lyne told Sky News on Saturday that Moscow has appointed a new general with a “pretty barbaric track record in Syria to try to at least win some territory in Donetsk without being able to do so.” Putin can present such a victory.”

The designation of a new overall commander for Russia’s war in Ukraine could be an attempt to create a more coherent strategy. CNN previously reported that Russia has no full theater command for Ukraine’s operations, meaning that units from various Russian military districts have been operating without coordination and sometimes with intent. cross, according to two US defense officials.

Previously, the US had assessed that Putin would probably name a general whose forces are operating in southern Ukraine because that is where the Russians have occupied and held more territory, in contrast to the efforts of the Russian Federation. Russia to besiege Kyiv and cities in northern Ukraine, an attempt that recently ended in withdrawal.

Ukraine’s General Staff on Friday said Russian forces have completed their withdrawal from Ukraine’s northern Sumy region, while continuing to build up forces in the east of the country.

A reporter returns to Australia, a pandemic follows

Diabetes: People who cut down on coffee consumption may have an increased risk of disease 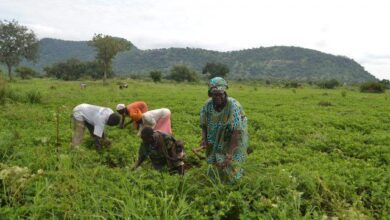