“At first, we were offered to return 50 of our people in exchange for one of the people in the detention center of the Ukrainian Security Service. We talked. the address.

Vasyl Maliuk, acting head of Ukraine’s security service, said Medvedchuk “was not only godfather to Putin’s children, but we also recognized him as a traitor.”

“Furthermore, while dealing with the Medvedchuk case, we neutralized many spy networks, arrested many traitors and obtained a lot of valuable information that we are using for counterintelligence. and will bring us closer to victory,” Maliuk added.

Five Ukrainian commanders were included in the prisoner swap list, as were 55 prisoners sent to Russia, according to Zelensky.

It is not clear whether the 55 prisoners were Russian or pro-Russian, but Zelensky described them as those who “fought against Ukraine, and who betrayed Ukraine.”

According to Andrii Yermak, head of the Office of the President of Ukraine, a total of 215 prisoners of war were released as part of a prisoner exchange between Russia and Ukraine, including 10 foreign prisoners.

Among those freed today from captivity are 108 Azov fighters and other formations,” Yermak said.

Yermak also said 10 foreigners were among those swapped.

“Based on the request of our international partners, we have also returned 10 foreign defenders of Ukraine. These are representatives of those countries who support us the most – the United States of America. , England, Croatia, Sweden and Morocco,” Yermak said.

The head of the State Property Fund, Rustem Umerov, said, “They are safe and freed from captivity. We are currently in the capital of Saudi Arabia – Riyadh. The transfer is safe. more is planned from here to their countries along with our partners.” Yermak added.

The Headquarters for the Coordination of Prisoners of War (CHTPW), a government organization under the Defense Intelligence Agency, said five Britons and two Americans were among the 10 foreign prisoners.

“It should be noted that the release of foreign soldiers from captivity took place as part of the largest exchange since the all-out invasion of Russia,” CHTPW said on Thursday.
“The liberated heroes are awaiting recovery and adaptation; they will receive the treatment they need,” added CHTPW.

16 years, 3 convictions: The Khmer Rouge's trials come to an end Microsoft CEO Satya Nadella’s son dies, he was born with cerebral palsy; here’s what the health condition is 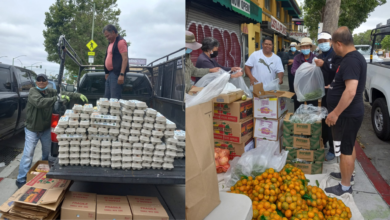