UN – Latest news on opening day of the annual high-level meeting of the United Nations General Assembly (every time EDT):

Truss, who took office two weeks ago, is meeting with fellow leaders including US President Joe Biden and French President Emmanuel Macron in New York before addressing the United Nations General Assembly on Wednesday. Wednesday. The meeting was dominated by talk about the war in Ukraine and the energy crisis it has caused.

“We need to work more closely with our allies,” Truss said Tuesday with an increasingly aggressive Russia and an assertive China.

But Britain’s new leader must build bridges with key allies shunned by Britain’s handling of leaving the European Union. Biden has expressed concern that Brexit could destabilize the peace in Northern Ireland, and EU leaders are angered by the British government’s belligerent approach to post-Brexit trade negotiations.

Truss has so far supported the hardline approach to Brexit taken by her predecessor, Conservative colleague Boris Johnson.

Ukraine was the main topic of the first day of the UN General Assembly meeting in New York.

World leaders reacted to the news that four leaders of regions of Ukraine controlled by Russia plan to hold referendums on whether these territories become part of Russia.

Scholz told reporters in New York on Tuesday that “Ukraine has every right to defend the integrity and sovereignty of its country and its democracy.”

Scholz’s office said he reiterated that stance during a meeting with Turkish President Recep Tayyip Erdogan on the sidelines of the UN General Assembly. He said the referendum result would not be recognized.

Erdogan said Turkey would continue to work to end the war, to find a diplomatic solution that would allow all sides to withdraw from the war “honourable”.

Senegal President Macky Sall has told the UN General Assembly that Africa must play a larger role in international decision-making.

Sall said on Tuesday that Africa has had enough of its history, and wants to be an pole of stability and opportunity. Sall, the current president of the African Union, called for the continent to have a seat in the G20 group of influential nations.

In his comments to the UN, Sall also promoted a “just and equal energy transition”, noting that more than 600 million Africans still lack access to electricity on continent 1, 4 billion people.

Brazilian President Jair Bolsonaro, who is seeking re-election next month, used his speech at the United Nations General Assembly to highlight the merits of his administration.

Bolsonaro’s speech on Tuesday focused heavily on the economy, starting with a welfare program distributed to millions of Brazilians during the pandemic. The program was recently extended until December. Bolsonaro also highlighted falling unemployment and deflation in Latin America’s largest country.

He also digs into his main rival, former President Luiz Inácio Lula da Silva, who leads all polls for a return to the presidency he held from 2003 to 2010. Bolsanaro pointed to accusations. da Silva’s charges of money laundering and corruption.

The far-right leader also defended Brazil’s willingness to negotiate over Russia’s invasion of Ukraine, calling for a ceasefire but a waiver of sanctions and economic isolation.

Bolsonaro was the first world leader to speak during the debate on the first day of the UN General Assembly. Traditionally, US President Joe Biden would speak Monday, but his time has been pushed to Wednesday because of the British queen’s funeral.

VFX house recreates D&D with effects similar to The Mandalorian

Hertz plans to order 175,000 GM electric vehicles by 2027 According to Reuters 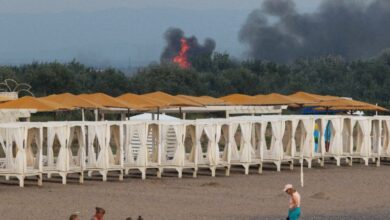 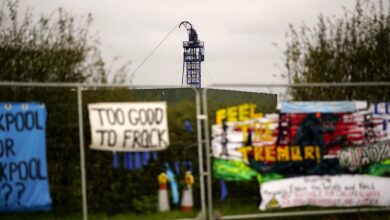 The U.K. has lifted its fracking ban, digging up a long-running debate