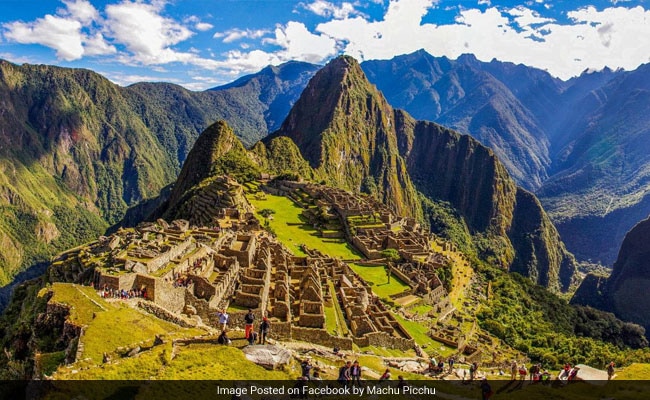 Machu Picchu is one of the most famous archaeological sites in the world.

Machu Picchu, one of the most famous archaeological sites in the world, has been misnamed for 100 years, a new study has claimed. The symbol of the Inca Empire is located in the Andean jungle in Peru, South America. It is believed to have been built in the 15th century.

A recently published study claimed that the Incans called the city Huayna Picchu. A report on the story was written by Donato Amado Gonzales and Brian S Bauer, and published yearÑawpa Pacha: Journal of the Andean Research Institute. While Gonzales is a historian at the Peruvian Ministry of Culture, Bauer is affiliated with the Department of Anthropology, University of Illinois at Chicago.

CNN spoke to Emily Dean, a professor of anthropology at Southern Utah University in Cedar City, who explained that Huayna translates to “new or young,” while Picchu means “mountain peak” in Quechua. native. “Machu means old, so we called it old peak,” she added.

According to the report, which was republished after correcting some errors in the August issue, the city was originally built in 1420 but abandoned after the Spanish conquest of the Incas. It was hidden in the Andes until American explorer Hiram Bigham rediscovered it in 1911.

The researchers looked at three sources to come to the conclusion that Machu Picchu is indeed a misnomer: Bingham’s field records, the accounts of visitors to the area, and documents from the colonial era.

Bingham decided to call the ancient city Machu Picchu, based on information provided by local guide Melchor Arteaga, a farmer, the report said.

Bauer then started researching and discovered that the name of the settlement was something else. Gonzales discovered the same thing. So they reviewed printed maps and facilities prior to Bingham’s visit to the area.

They saw a document from 1588 that said locals were planning to return to Huayna Picchu, the report said.

However, they do not propose to change the name of the site, as it is “known all over the world”.

Cancer: Women with endometriosis may have a 2.6 higher risk of ovarian tumors Russia continues to attack, once again stops the evacuation of the port city of Ukraine