Two basketball players from Mali have apologized for fighting in the mixed zone following the team’s 81-68 defeat to Serbia at the Women’s World Cup.

The incident between Salimatou Kourouma and Kamite Elisabeth Dabou came on Monday after Mali’s fourth consecutive defeat at the tournament in Sydney, Australia, and footage of the fight went viral on social media.

FIBA, the international governing body of basketball, speak it has opened an investigation into the incident to decide on any disciplinary action.

“We are here to apologize for the images that have gone viral on social media,” said Kourouma, sitting next to Dabou, told reporters on Tuesday.

“That was not our intention and we are very disappointed by the loss. We’re here to apologize to the world of basketball (and) the FIBA ​​World Cup. ”

In the footage, Kourouma can be seen throwing punches at Dabou before the other Mali players intervene to try to separate the two players. CNN Sport has reached out to Mali’s basketball federation for further comment on the incident.

Mali left the World Cup after losing every game in Group B, including an 88-65 defeat to Canada on Tuesday.

The FIFA Women’s World Cup continues with the quarter-finals on Thursday and ends with the final on Saturday.

Marisa Abela of the industry is taking control 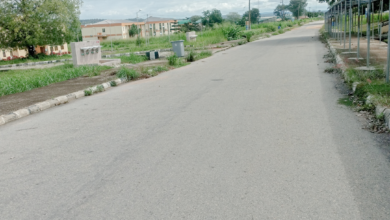 BJP will be swept away from power at Centre by people’s mandate in 2024: Mamata Banerjee | India News