Maruti Suzuki has said that government taxes on vehicles have made them out of reach for most people. The automaker’s criticism of the government’s tax regime is similar to that of Tesla and Toyota Motor. In early 2019, as Tesla was looking to enter the Indian market, the CEO of the US EV startup, Elon Musk, said that India’s duties prevented it from importing electric cars. to test demand before committing to building a local factory. Toyota, in 2015, stopped expanding in India due to high tariffs.

While speaking at an event, Maruti President RC Bhargava said that government policies make them see cars as luxury products that need to be taxed high. He added that this has resulted in the auto industry’s growth slowing from 12% to 3% over the past 12 years, partly due to weak government policies. The cheapest model from Maruti suzuki cost $3,39,000. Currently, a 28% goods and services tax applies to most new cars.

Also read: Maruti Alto, Hyundai i20, Honda City and others could be dead by 2023. Know why

Separately, speaking at the event, Maruti CEO Hisashi Takeuchi said that the company has some gaps in its product portfolio and is working to strengthen the lineup. The automaker sells cheaper cars on the market and is looking to introduce two new sport utility vehicles in January. 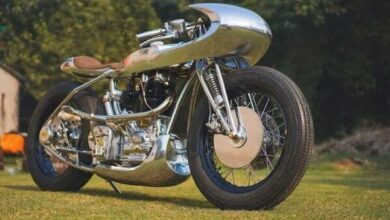 Audi logo gets a digital makeover, has a flatter 2D look