The European Commission, the EU’s executive body, said it found Meta had breached EU antitrust rules by distorting competition in the market for classified advertising online.

They said they were concerned the arrangement gave Facebook Marketplace a “significant distribution advantage that competitors could not match”.

“Further, we are concerned that Meta imposes unfair trading conditions that allow it to use data about competitive online classified advertising services,” Vestager said in a statement. .

“If confirmed, Meta’s activities would be illegal under our competition rules.”

Tim Lamb, head of the EMEA competition at Meta, said: “The European Commission’s claims are baseless.”

“We will continue to work with regulators to demonstrate that our product innovation is for the sake of consumers and competition,” he added.

The Commission opened an investigation into Meta in June 2021, looking into “probable anticompetitive behavior by Facebook”.

Making a statement of objection to a company is a formal step in European Union competition investigations and does not affect the outcome of the investigation.

However, if, after a company presents its defense, the Commission still finds sufficient evidence of infringement, that company may face potential changes to its business practices. or be fined up to 10% of annual global sales.

It will mark the latest setback for Meta, which has been facing pressure from investors to move into the “metaverse”, among other things. The company’s share price has fallen more than 60% this year amid a steeper decline in tech stocks.

Separately Monday, the Commission closed an investigation into a partnership between Meta and Google that it previously accused of hindering competition in ad technology.

“After careful evaluation of all relevant evidence, including information received from Google, Meta and other companies operating in the technology sector, the Commission has concluded that the evidence does not confirm their initial concerns and therefore decided to close the investigation,” the commission said.

Why Everyone Needs to Build More Confidence Netanyahu’s plan to regain power in Israel: Vote against his views 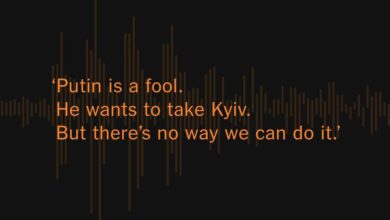