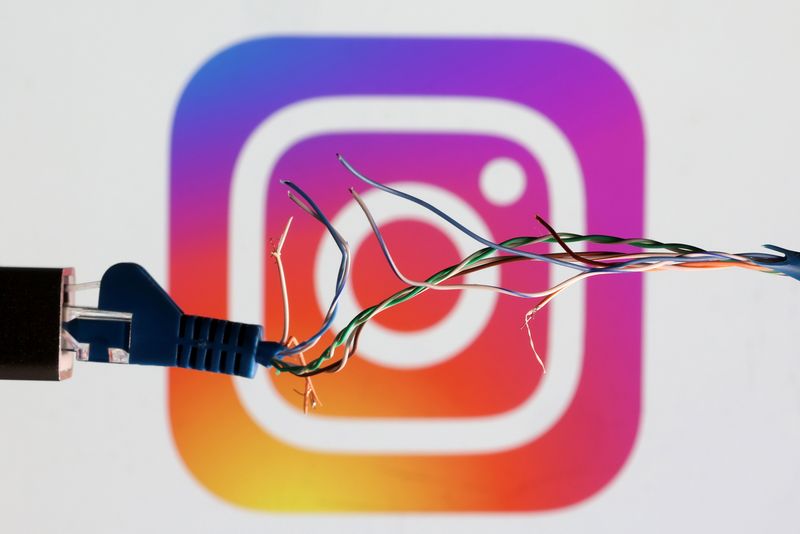 © Reuters. FILE PHOTO: A damaged Ethernet cable is seen in front of the Instagram logo in this illustration taken March 11, 2022. REUTERS/Dado Ruvic/Illustration

“We’re working hard to get things back to normal as quickly as possible,” Meta said.

About 7,000 users have reported problems with the platform, according to Downdetector.

Downdetector says previous user reports have been as high as 24,000, tracking outages by collating status reports from a number of sources including user-submitted errors on its platform.

Several users took to Twitter (NYSE:) to share updates and memes about the service outage, with #instagramdown trending as a hashtag on the social media site.

Sharon Osbourne Says The Talk Incident Has CBS Punished Her For Cheating On Oprah Oprah's Interview With Meghan Markle! As the war in the east unfolds, Ukraine has a chance to ‘live the European dream’ According to Reuters