Facebook Twitter LinkedIn Tumblr Pinterest Reddit WhatsApp
Myanmar has been restrained by violence since the military overthrew an elected government early last year. Opposition movements, some of them armed, have sprung up across the country, which the military has resisted with lethal force.

Reuters could not independently verify the details of Friday’s violence in the village of Let Yet Kone in central Sagaing.

According to reports on the Mizzima and Irrawaddy portals, military helicopters opened fire on the school located in a Buddhist monastery in the village.

Some children died on the spot as a result of the shooting, while others died after the army entered the village, the report said.

Two residents, who spoke on condition of anonymity due to security concerns, said by phone that the bodies were then transported by the military to a town 11 kilometers (7 miles) away and buried.

Photos posted on social media showed what appeared to be damage including bullet holes and bloodstains at a school building.

In a statement, the military said the Kachin Independence Army, an insurgent group, and the People’s Self-Defense Forces (PDF), an umbrella organization of armed guerrillas that the authorities call “terrorists”. “, took refuge in the monastery and used the village to transport weapons across the area.

Security forces sent by helicopter conducted “a surprise inspection” and were attacked by PDF and KIA inside houses and monasteries, it said.

It said security forces had responded and said several villagers were killed in the clash and the injured were taken to a public hospital for treatment. The statement accused armed groups of using villagers as human shields and said weapons including 16 handmade bombs were later seized.

The NUG also called for the release of 20 students and teachers who it said were arrested after the strike.

According to Save the Children, an NGO, violent attacks on schools have increased to about 190 in 2021 in Myanmar from 10 years ago.

The use of schools as bases by both the military and armed groups has also increased nationwide, disrupting education and endangering children, the organization said in a report this month.

Still Estranged But Side By Side For The Queen 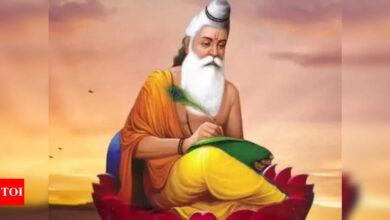