The Iranian government decided to close its border with Iraq on Monday in response to violent clashes in Baghdad. Dozens of people have been injured and killed in clashes between followers of Iraqi cleric Muqtada al-Sadr, security forces and rival militias, sparked by the political deadlock.

Land border crossings to Iraq will remain closed until further notice, Iranian Deputy Interior Minister Majid Mirahmadi said. told The Mehr news agency on Monday evening, added that the decision was made due to the unstable situation in Iraq and to ensure the safety of Iranian pilgrims. Tehran International Airport also announced that all flights to Baghdad have been cancelled.

The Iranian Embassy in Baghdad has requested Iranian citizens currently in Iraq away traveled to the country’s capital, as well as the cities of Kadhimiya and Samarra, and to comply with the curfew announced by the Iraqi authorities earlier on Monday.

Clashes between security forces and supporters of influential Shi’ite cleric Muqtada al-Sadr broke out in Baghdad on Monday after al-Sadr announced his renunciation of politics after months of defeat failed in his attempt to form a government in the face of opposition from rival factions.


Hundreds of protesters stormed Baghdad’s fortified Green Zone, home to the presidential palace as well as foreign embassies of the United States and other countries. The caretaker government of Iraqi Prime Minister Mustafa al-Kadhimi responded by deploying tanks and armored vehicles around the Green Zone and declaring a curfew to come into effect at 3:30 p.m. local time, after which expanded nationwide.

At least 17 people were killed and many more injured, Reuters report, citing police and medical sources, while AFP said around 270 people were injured in various ways. Al-Sadr then declared a hunger strike, calling for an end to political violence.

Two Air France pilots suspended after fighting in the cockpit 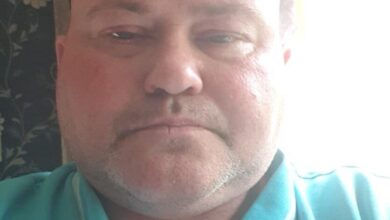 At Least 10 Killed In Shooting At Pool Hall In Mexico: Police