The Bank of England has released images of new banknotes featuring the portrait of King Charles III.

The Bank of England released images of the first banknotes featuring a portrait of King Charles III on Tuesday. The new notes will be in circulation from mid-2024.

The new £5, £10, £20 and £50 polymer notes include the king’s portrait in the bill’s transparent security panel. Otherwise, they are unchanged from the designs currently in circulation.

“This is a pivotal moment, as the King is only the second monarch to be printed on our banknotes,” Governor Andrew Bailey said in a statement.

The tradition of printing the king’s image on paper money only began in 1960. Coins have long featured the image of the monarch.

firstly coin with portrait of the king released by the Royal Mint on December 8.

Charles became king in September, succeeding his mother, Queen Elizabeth II. She passed away after 70 years of reign. Thousands rally across the US to defend abortion rights | News 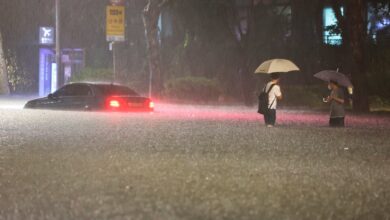