A signed and framed copy of New Zealand Prime Minister Jacinda Ardern’s signed and framed memo insulting a political opponent with a hot mic has sold at an online auction for NZ$100,100 (US$63,000). ) on Thursday.

The purchase was made on the Trade Me bidding platform from an account of David Seymour, leader of the ACT New Zealand liberal party, whom Ms Ardern called “an arrogant bastard” in the country’s parliament last week.

Proceeds from the sale will go to the Prostate Cancer Foundation. Ardern and Seymour collaborated on the auction, both of whom signed official copies of the transcript.

The initial exchange happened last Tuesday. During a televised Q&A session, Seymour asked the prime minister to give an example of “Make a mistake, apologize properly and correct.”


Ardern irritably replied that, although her government did not always have “perfect response,” she stands next to the work of her cabinet. She then left the microphone, but she could still be heard muttering, “He really is an arrogant bastard.”

The insult caused a stir in the New Zealand media. According to Seymour, Ardern quickly apologized to him via text on the same day.

Then she told parliament that she wanted to make it official “withdrawal and sorry for those comments, I will not repeat.” Seymour accepted the apology.

“Can’t say I expected this… one mistake with an old congressional mic turned into $100,100 for the Prostate Cancer Foundation.” the prime minister wrote on Instagram on Thursday. Seymour and Ardern thank the contractors and each other for “is a good sport.” After covid-19, WHO’s Tedros plans for the next pandemic 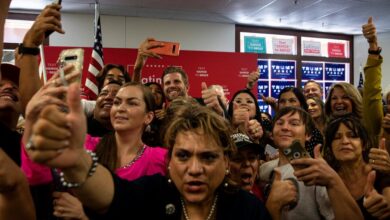