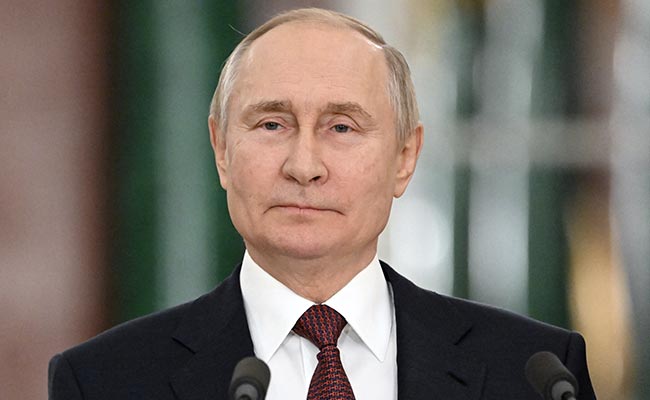 Putin shocked the world when he sent troops to pro-Western Ukraine on February 24.

As the world prepares to welcome the New Year this weekend, Putin sent congratulatory messages to the leaders of Kremlin-friendly countries including Turkey, Syria, Venezuela and China.

But Putin will not wish New Year’s Eve to the leaders of the United States, France and Germany, who have imposed unprecedented sanctions on Moscow because of Putin’s attack on Ukraine.

Kremlin spokesman Dmitry Peskov told reporters: “We have no contact with them at the moment.”

“And the president isn’t going to congratulate them for the unfriendly actions they’re taking repeatedly,” he added.

Putin shocked the world when he sent troops to pro-Western Ukraine on February 24.

While Kyiv’s Western allies refused to send troops to Ukraine, they supplied the former Soviet state with weapons as a show of support as Moscow suffered humiliating defeats on the battlefield.

Shocking statements made by Tunisha Sharma's mom about Sheezan Khan: From taking expensive gifts from her to pressurising her to convert to Islam; here’s what all she said