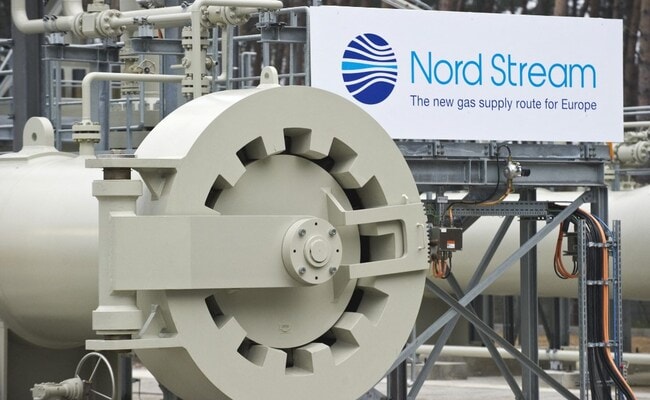 Pipelines have become the focus of geopolitical tension in recent months. (File)

Ukraine said on Tuesday that a gas leak on the Nord Stream pipeline connecting Russia and Europe was likely the result of a “terrorist attack” carried out by Moscow.

Kyiv presidential adviser Mikhaylo Podolyak said on Twitter: “The large-scale ‘gas leak’ from Nord Stream 1 is nothing more than a Russian-planned terrorist attack and an act of aggression against the EU. .

Mr Podolyak accused Russia of trying to “destabilize the economic situation in Europe and cause panic before winter”.

Scandinavian authorities on Tuesday said two leaks had been identified on the Nord Stream 1 pipeline in the Baltic Sea – one in the Danish economic zone and the other in Sweden – hours after reports of a reduction were reported. pressure on Nord Stream 2.

The Swedish Seismological Institute told AFP that two underwater explosions were recorded before the gas leak was discovered.

The Kremlin earlier on Tuesday said it was “extremely concerned” about the gas leaks and did not rule out that it could be an act of sabotage.

The pipelines have become the focus of geopolitical tensions in recent months as Russia cut off gas supplies to Europe on suspicion of retaliation for Western sanctions following its invasion of Ukraine.

But Berlin blocked the recently completed Nord Stream 2 in the days leading up to the war in Ukraine. 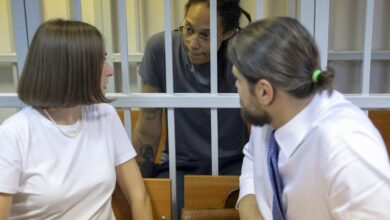 Griner testified in Russian court that she made an ‘honest mistake’ Meta added to Russia’s list of ‘extremist and terrorist’ organizations