UPARBEDA (MAYURBHANJ): Uparbeda, tribal village in the Mayurbhanj district of Odisha, where the NDA’s presidential candidate Droupadi Murmu was born, is in celebration mode and counting the hours when the results of the presidential election will be announced. The villagers plan to see Thursday as ‘Vijay Diwas’, believing their daughter will be elevated to the top of the country.
Streets have been swept clean, houses are decorated with lights and flowers, and traditional folk dance troupes, especially Santhali performers, are ready to await. Droupadi was proclaimed the next President of India, a feat that no other Odisha or tribesman in the country has achieved to date.
“Farmers decided to take a day off on Thursday, even though it’s a busy time for rice planting,” said Sukulal Murmu, a local farmer. While agriculture is the main occupation in Uparbeda with poultry and goat farming as side businesses, the village of 6,000 boasts at least 50 people working in defense and paramilitary forces such as the BSF and CRPF.
“I can’t tell you how happy I am. When ‘Didi’ became governor of Jharkhand, then the whole village erupted in joy. But if she is elected President, it will be a completely different feeling for us,” said Dulari Tudu, the wife of Tularam, Droupadi’s grandson. Tularam, Dulari and their two children are now in Droupadi’s ancestral home.

Tularam’s mother Chudamani, who lives in a nearby hamlet of Dungurisahi with another son, Biranchi, said the celebration had been going on for several days. “Our locality got power after Droupadi was announced as a presidential candidate. Celebrations have been going on ever since,” she said. Chudamani was the widow of the late brother of Droupadi Bhagat Charan Tudu.
Located 260 km from the state capital of Bhubaneswar, a 5-hour journey mostly through lush green forests, Uparbeda in Kusmui is on a steep road and has a fine black paved road connecting it to the town. nearest town of Rairangpur, 15 km away, where Droupadi started his political career as councilor since 1997.
In Rairangpur, the community of merchants prepared sweets to be distributed to at least 40,000 people. “You can see the excitement of ordinary men on the street,” said Taranisen, Droupadi’s younger brother. 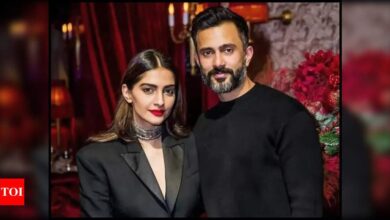 IISc among top 300 varsities on THE list; IITs continue to boycott rankings