NEW DELHI: In an all-India crackdown on ‘radical’ Muslim dress Popular Front of India (PFI), the NIA, the Directorate General of Enforcement, and the police of the relevant states arrested more than 100 top leaders and people in uniform in coordinated raids across 11 states and Union territories this morning. Thursday. The states and UTs that have seen the raids are Kerala, Maharashtra, Karnataka, Tamil NaduAssam, Uttar PradeshAndhra Pradesh, Madhya Pradesh, Rajasthan, Delhi and Puducherry.
Incidentally, the NIA wrote to the Department of Home Affairs in 2017, asking to ban the PFI as a result of their investigation into cases involving violent and extremist activities by officers. “The PFI has consistently taken actions that are detrimental to national security in general,” the NIA filing on PFI stated while blaming the hardline outfit for seeking to impose orthodoxy religion onto Muslims and used sister outfits like Malappuram-based Sathya Sarani to perform “forced conversions”.
The NIA asked them to declare that the PFI pursues a strategy to support the Indian polity, enforce Taliban brand of Islam, heightening existing social divisions and maintaining a bank of volunteers trained for physical acts.
Records indicate that many of the founding leaders of the PFI were affiliated with SIMI before it was banned. This includes former PFI EM president Abdurahiman who served as all-India SIMI secretary general in 1980-81 and 1982-93, PFI national vice president P Koya, who worked with SIMI in 1978. -1979 and SDPI president E Aboobacker from Kerala state president of SIMI 1982-84, among others.
NIA added that PFI – present in many states and UTs and strongest in Kerala, Tamil Nadu
and Karnataka – has a good oil apparatus to serve its violent purposes. “The suit features teams of trainers and experts in crude bomb-making and IEDs, an intelligence team … and action teams to run illegal and violent activities. It has secret training centers … where martial arts training and indoctrination are conducted,” the filing states.
For its part, the PFI maintains that it believes in identity politics but does not operate on a sectarian line.
“PFI only trains its cadres in fitness and self-defense,” PFI leader P Koya previously told TOI.
Regarding the SIMI origins of the PFI leaders, Koya reminded that the association predates the SIMI ban. As for Sathya Sarini, he said that they only impart Islamic education to those who are willing to freely decide to convert to Islam. 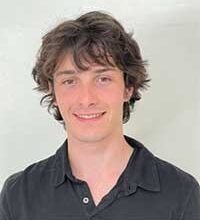 Iran denies being involved in attack on Salman Rushdie