ISLAMABAD, Pakistan – First appearance in public after shot in the footFormer prime minister Imran Khan said he received information about the attack a day before it happened, describing it as a plan to kill him.

Sitting in front of the Pakistani flag with his feet up, Khan repeated accusations that Pakistani officials were behind the attack. He singled out three individuals – the prime minister of Pakistan, the interior minister and a senior intelligence official – asking them to resign.

“I would say that we are human and we should not be treated like animals. You can’t trick the whole nation to stand up but there are two roads in front of us, do we want a peaceful or bloody revolution? There is no third option,” he said.

A gunman opened fire on Khan and his supporters on Thursday during a controversial march demanding early elections. The gunman was arrested by police shortly after and remains in custody. Khan said one person was killed in the attack and 11 were injured.

He said he plans to rejoin his protest march across the capital once he has recovered. Before speaking, the doctor showed an X-ray showing shrapnel in his shin.

The shooting has escalated tensions across Pakistan, with thousands of Khan’s supporters launching protests after Friday prayers. Protesters chanted “Revolution!” and “Khan, your devotees are innumerable.” Protests blocked major highways outside the capital Islamabad and in the cities of Peshawar, Lahore and Karachi.

Riot police quickly entered, firing multiple volleys of tear gas to disperse the crowd. Videos broadcast by local TV stations showed some of Khan’s supporters in Islamabad being loaded into the back of a police van. And on the outskirts of the capital, hundreds of protesters are continuing to blockade highways despite thick clouds of tear gas and calls to disperse.

Khan also called on the Pakistani army chief to take “action” against “the black sheep in his organization”. Khan warned that if the army’s commander-in-chief, General Qamar Javed Bajwa, did not “put the country first”, it would not “bring a good name to his organization”.

The Pakistani military quickly condemned Khan’s remarks, describing them as “baseless allegations” and “very regrettable” in a written statement.

It said: “No one is allowed to smear the organization or its soldiers with impunity.

Interior Minister Rana Sanaullah criticized Khan’s party during a press conference on Friday, saying the former leader had chosen “the path of destruction”.

After condemning Thursday’s attack, Sanaullah attributed Khan’s heated words to part of the shooting and warned that national unrest would not only harm the ruling party. .

“If you think [your path] will destroy others, then you must realize that it will not help you either. You are sitting on the same branch,” he said, adding that the government is finding ways “to counter the forces that are adding fuel to intolerance”.

Khan’s party members have issued statements blaming the Pakistani government for the shooting.

Fawad Chaudhry, a senior member of Khan’s party, described Thursday’s attack as “a well-calculated plot”, in a series of tweets. tweet after a meeting of Khan’s top political leadership.

Khan first charged the officials Thursday hours after he was shot. He demanded that they be dismissed and an investigation into the shooting launched.

Khan and the Pakistani government have been head-to-head since the former cricket star was ousted by Parliament this year. Khan blamed his ouster as a foreign conspiracy, and in the months that followed, he bolstered public support by organizing a series of rallies around the country that blasted Pakistan’s new leadership.

In his speech on Friday, Khan pledged that his march demanding early elections would continue “soon”.

George reported from Kabul and Khan from Peshawar. 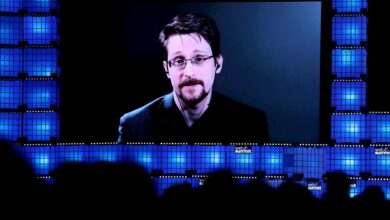 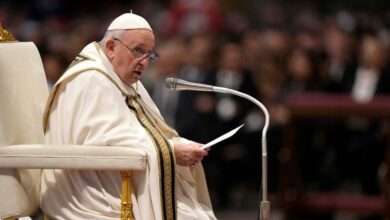 Vatican for the first time criticizes Russia’s invasion of Ukraine 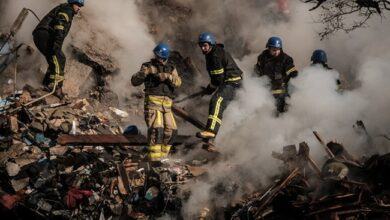