A 93-year-old man was left on the floor ‘screaming in pain’ while waiting for an ambulance for 25 hours after falling.

Elizabeth Davies was eventually taken to Ysbyty Gwynedd, Bangor but then suffered an additional 12 hours of waiting to be admitted to the ward.

Yesterday, Mrs Davies underwent surgery to determine the extent of her injuries after her hip fracture was confirmed.

Her son Ian Davies and daughter-in-law Susan, from Pwllheli, were extremely worried.

“It was so upsetting to see her lying on the floor screaming in pain for over 24 hours,” Ian said.

The Welsh Ambulance Service has apologized for what happened. It blames winter pressures, high demand, and sickening levels of staff. 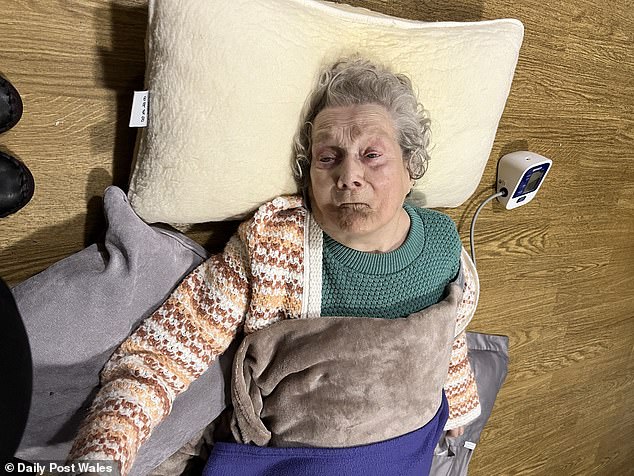 Elizabeth Jane Davies, 93, fractured her hip after a fall at a nursing home in Llanbedrog, Llyn Peninsula

Elizabeth, originally from Mynytho, Gwynedd but who moved to Pentreuchaf after marrying her husband Hughie, has been a resident of a nursing home in Llanbedrog, Llyn Peninsula, for over 17 years.

Still relatively healthy, the mother-of-three uses a walker to walk around the care home, which asked to remain anonymous.

But at about 11:45 a.m. Saturday, staff heard a crash and found her sprawled in the living room. Ian said: “They called an ambulance but were told that an ambulance would not be available for six to eight hours because they were too busy.

‘They said my mother would be prioritized because of her age. The care home then called us and we arrived right away.’

The staff put a pillow under Elizabeth’s head and did their best to make her comfortable on the wooden floor. “They were brilliant,” said Ian, a community caretaker like Susan himself.

‘They put a small heater next to her to keep her warm in case she goes into shock.’

Staff began calling the ambulance dispatcher again after it became apparent there would be additional delays.

The care home is reported to have made a total of nine calls: Ian and Susan made a tenth. 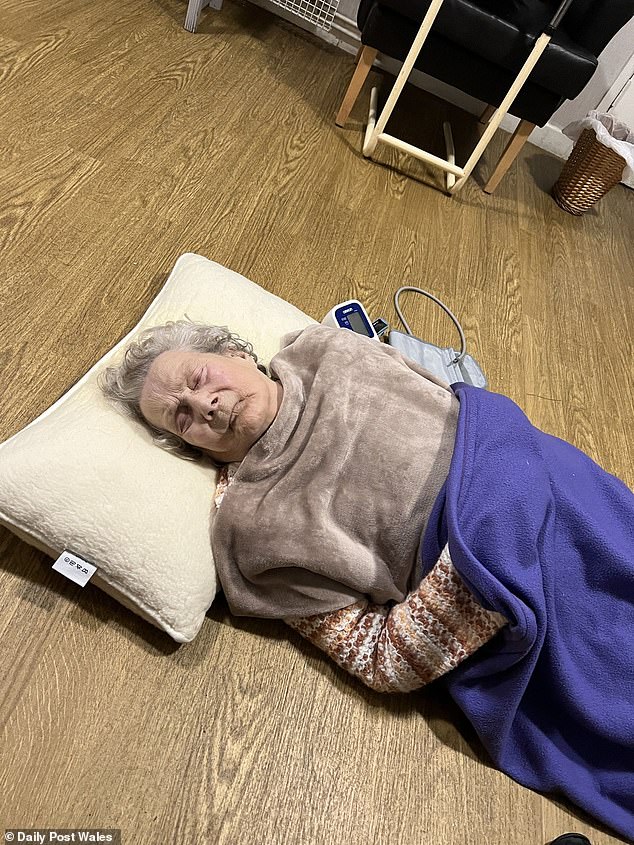 The care home staff stayed with her all night. Ian said: “Every time they call for an update, they are told that my mother is a priority and that an ambulance will arrive as soon as possible.

The ambulance finally arrived around 13:15 on Sunday, about 25:30 p.m. after Elizabeth fell. She was taken to Ysbyty Gwynedd and eventually to a ward.

“I don’t blame the paramedics because they were assigned what to do and my mother wasn’t on the list,” Ian said. ‘But I am saddened by what has happened, it is unacceptable.

‘The whole NHS is struggling at the moment and one of the biggest problems is the lack of carers. They don’t get paid enough and no one wants to do this job.”

Stephen Sheldon, service director of the Welsh Ambulance Service (WAS) in North Wales, apologized to Ms Davies for keeping her waiting. He invited the family to contact the service directly to raise their concerns.

He said: ‘Winter pressure coupled with an increase in demand, levels of staff sickness and broader systemic pressures across NHS Wales have hampered our ability to respond. Widespread hospital handover delays have been well documented and have resulted in some patients having to wait very long.

‘We are working with partners across Wales to minimize the pressure as best we can. The public can help us by calling 999 only during a serious or life-threatening emergency so that our resources are always available to those who need us most.’

WAS is urging the public to plan ahead of industrial activity hitting the service in the coming days. Paramedics and other WAS staff members will be out on December 20, 21 and 28.

Mr Sheldon said the departure would put additional pressure on the ambulance service.

Patients should make sure they have the medicine they need and explore ‘other means of transport’ if they need urgent medical care or have to go to hospital. Information and health advice is also available on the NHS 111 Wales website.

MailOnline has contacted the Welsh Ambulance Service for comment.

"Wave Of Fatalities" Rippling Through China, Not In Official Data, Reports Say 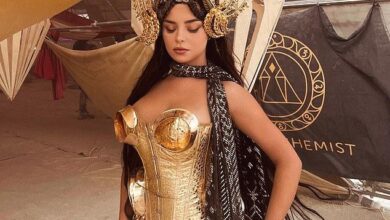 4 Reasons Cannabis Won’t Save You From COVID 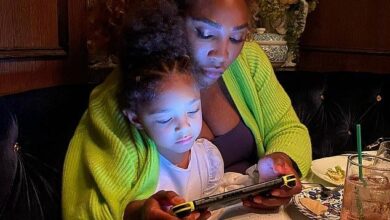