Pokémon Scarlet and Violet‘S Region of Paldea looks like it could be an island or a peninsula, modeled after the Iberian Peninsula, largely made up of Spain and Portugal. The Pokémon Company revealed a colorful, top-down map of the area in the process Pokémon show broadcast on Wednesday – the first major glimpse of the world we will explore Pokémon Scarlet and Violet.

The area is centered around Mesagoza, Paldea’s major city, which is home to one of two schools for the players to attend. Naranja Academy and Uva Academy, respectively scarlet and Violetfor both children and adults who want to learn about – and with – Pokémon, follow scarlet and Violet website. Both schools – again, depending on the game – are located inside Mesagoza, described as the largest city in the region.

Above Pokémon Scarlet and Violet On the map, Mesagoza looks just south of the center, below the large central vortex. From there, other cities and different biomes are linked by bridges, roads, and trails, stretching across the nooks and crannies of the crowded peninsula.

The official website describes the area as having “a land of great open space dotted with lakes, towering peaks, wastelands and rugged mountains” and you can see those different areas on the map. There is a large lake in the upper left corner, with a few small islands scattered across the water. Rivers flow into the lake from a snowy mountaintop, which is probably home to a host of cold-weather creatures.

Some areas look barren, with little greenery, but most of the map looks lush, with lots of small lakes and rivers transitioning into heavily wooded areas. Amid these wilderness areas, there are also more than half a dozen small settlements or cities.

“To support Pokémon Trainers, there are many outdoor Pokémon Centers scattered throughout Paldea,” The game’s official website says. “Trainers can easily find Pokémon Centers even from afar – the Pokémon Centers light up at night and each has a Poké Ball sign on the roof.”

If you look closely, there are also a few areas that are clearly Pokémon gyms or battle zones; the green fields with the Poké Ball symbol are easy to see from the top-down map. That’s not surprising; fighting and the quest to become a Pokémon champion are key elements of the series. In fact, the game’s website has confirmed that the standard championship quest is one of the three storylines expected in the game. Pokémon Scarlet and Violet. (The other two have been kept under wraps so far.)

The last thing to mention about the Paldea region is that the Pokémon there have special abilities – something similar to the Pokémon of Dynamax and Gigantamax in the Galar region. Pokémon in Paldea can turn into gems with unexpected elemental types; it is called Terastal phenomenon. It looks like there will also be crystals scattered around the land, used to power Tera orbs embedded in special Tera spheres: “It is said that Terastal energy seeps from the ground. of the Paldea region is involved in this phenomenon,” The Pokémon Company wrote. Of course, this unique phenomenon is something that you will be studying Professor Sada and Professor Turo.

Here’s everything we know about Paldea for now, but we’ll all be able to explore the new area when Pokémon Scarlet and Violet will launch on November 18 on Nintendo Switch. 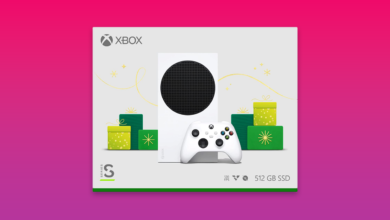 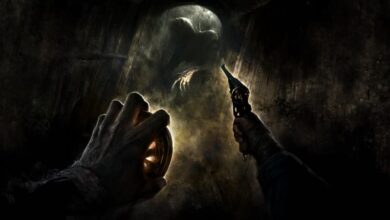