Porsche has been working on an off-road spec 911 for some time now. It has been named 911 Dakar and will be announced soon.

Porsche has announced that it will unveil a new variant of the 911 sports car at the Los Angeles Auto Show on November 16. It’s called the 911 Dakar, it’s expected Porsche will call it the 911 Safari. after the 1978 911 Safari Rallys. That didn’t happen, however, as Porsche says it chose the 911 Dakar moniker after Porsche’s first overall victory in the Paris-Dakar race.

This is the first time when a modification Porsche The 911 is equipped with four-wheel drive. Porsche says it has tested the 911 Dakar for more than half a million kilometers or 500,000 kilometers in extreme conditions. This includes more than 10,000 km of testing on off-road conditions.

Also read: The new Porsche 911 Carrera T is every purist’s dream machine with its 7-speed MT

The 911 Dakar’s suspension was tweaked at the Château de Lastours test track in the south of France. Porsche chose this location and Romain Dumas got behind the wheel. He said, “All the Dakar teams come here to test drive their cars in Europe before the rally. I know what a 911 can do on the road, but I’m absolutely stunned by how well the car performs here when let loose. “Porsche said that 911 Dakar even lost some time in the air because of the sturdy chassis and increased ground clearance. According to the manufacturer, the sports car even performs well when scanning skids and turns.

Porsche also took the 911 Dakar to Morocco and Dubai to test how well it performs on loose surfaces. According to Porsche, “test-drivers mercilessly drove the 50-meter-long sand dunes over steep slopes in temperatures up to 45 degrees Celsius over and over again.”

Currently, the price, specifications, engine and hardware of the 911 Dakar have not been disclosed. Porsche will showcase all of that at the Los Angeles Auto Show on November 16.

Northern Taurid Fireball can be seen throughout November Planning to buy a new car? All vehicles in Delhi can be more expensive except trams 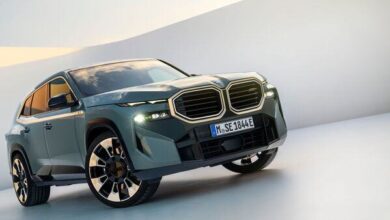