Omar Gómez Trejo’s resignation comes a day after the families of the missing students marched on the eighth anniversary of their disappearance.

Gómez Trejo himself seems to have earned the trust of the families. But the Attorney General’s Office has been criticized for canceling 21 warrants for the arrest of suspects – including 16 military members – without explanation and sensitive parts of a Truth Commission report. was leaked to the press.

That entailed several advances in the case, including the arrest of former Attorney General Jesus Murillo Karam and the military officer commanding the base in Iguala, Guerrero, when the students disappeared. He is now a retired general.

At his daily press conference on Tuesday, López Obrador hinted that there are “differences,” but added that all views are respected. He said Gómez Trejo “did not agree with the procedures to be followed to approve the arrest warrant,” but did not elaborate.

The Miguel Agustín Pro Juárez Center for Human Rights, an NGO representing the students’ families, said in a statement on Tuesday that Gómez Trejo’s resignation signaled unprovoked interference by his superiors. in the Attorney General’s Office, including “rushing charges and rescinding arrest warrants”.

They expressed confidence in the work of Gómez Trejo and his team and called these developments “extremely disturbing” for the pursuit of justice in the case.

Security forces kidnapped the students from a bus in Iguala on September 26, 2014, and turned them over to a local drug gang. New revelations involve the military in the disappearances, but the motive for the student abduction remains unclear, despite growing evidence that it involved police collusion and army with drug traffickers”. 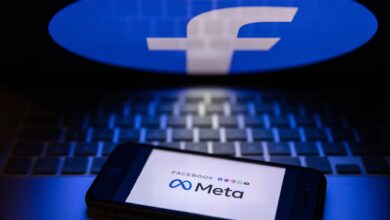 Trudeau is coming for Canadians’ guns. Some provinces refuse to help.