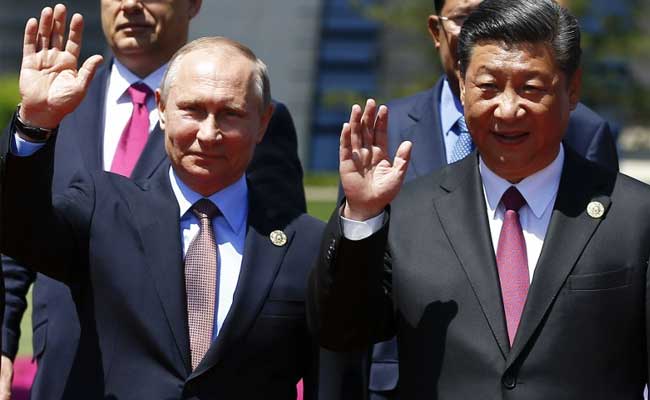 Moscow’s attack in Ukraine is a sensitive issue for Beijing. (File)

Battered by unprecedented Western sanctions over Moscow’s attack on Ukraine, Putin had hoped to strengthen political and military ties with China.

Moscow’s attack in Ukraine is a sensitive issue for Beijing.

China has sought to present itself as neutral in the conflict but has offered diplomatic support to its strategic ally Russia.

“We look forward to strengthening cooperation between the armed forces of Russia and China,” Putin told Xi via video link at the start of the talks, calling the Chinese leader a “dear friend.” “.

The Kremlin leader also praised the efforts of Moscow and Beijing to resist “unprecedented Western pressure and provocations”.

“Against the backdrop of rising geopolitical tensions, the growing importance of the Russia-China strategic partnership as a stabilizing factor,” Putin said.

“We share similar views on the causes, processes and logic of the transformation taking place in the global geopolitical landscape,” he added.

As the West sought to cut its dependence on Russian oil and gas, Putin looked to energy markets in Asia.

“Russia has become one of the leading countries in terms of oil exports to China,” Putin said.

The Russian leader said he expected Xi to be in Moscow during his state visit next spring.

Rishabh Pant injured after his car hit the median, caught fire in Uttarakhand