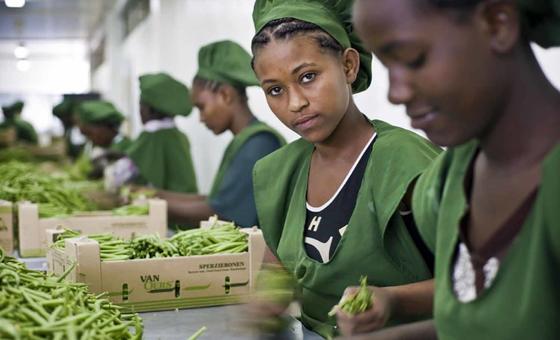 The study found that global monthly wages fell in real terms to -0.9% in the first half of the year, marking the first instance of negative growth this century.

As a result, the purchasing power of middle-class families is reduced, while low-income households are hit hard.

Tens of millions of people affected

“Many of the global crises we are facing have resulted in a drop in real wages. It has placed tens of millions of workers in a dire situation as they face increasing uncertainty,” Gilbert F. Houngbo, ILO General Manager, warning of potential consequences.

Income inequality and poverty will increase if the purchasing power of the lowest paid is not maintained, he said. “Also, the much-needed recovery from the pandemic could be at risk. This is possible further social unrest worldwide and destroy the target achieve prosperity and peace for all.”

The Global Wage Report 2022-2023 shows that the severe inflation crisis, combined with a slowdown in economic growth – partly due to the war in Ukraine and the global energy crisis – has affected wage packages around the world, including even in the leading industrialized G20 countries.

It is estimated that in the first half of this year, real wages fell -2.2% in the advanced G20 countries and increased by 0.8% in the emerging G20 countries. This figure is 2.6% lower than in 2019, the previous year COVID-19 pandemic.

According to the report, inflation rose proportionally faster in high-income countries, including regional and national data.

In Canada and the United States, for example, average real wage growth fell to 0% in 2021, then fell to -3.2% in the first half of this year.

During the same period, Latin America and the Caribbean saw real wage growth drop to -1.4%, then -1.7%.

Meanwhile, real wage growth accelerated to 3.5% last year in Asia and the Pacific in 2021 but slowed to 1.3% in the first six months of this year.

However, excluding China, growth increased by 0.3% and 0.7%, respectively.

Rising inflation has a larger impact on poorer families, as most of their disposable income is spent on essential goods and services, which are often more expensive than non-essential items.

In many countries, inflation is also eroding the real value of minimum wages, the report further noted.

The ILO has emphasized the urgent need for well-designed policy measures to help salaried workers and their families maintain purchasing power and standard of living.

They are important to prevent poverty, inequality and social unrest from deepening.

“We must pay special attention to workers at the middle and lower levels of the wage scale,” said Rosalia Vazquez-Alvarez, one of the report’s authors.

“Fighting against a decline in real wages can help maintain economic growth, which in turn could help restore employment levels observed before the pandemic. This can be an effective way to reduce the probability or depth of recession in all countries and regions.”

An effective tool, the ILO says, could be to appropriately adjust the minimum wage, provided that 90% of the organization’s 187 Member States have a minimum wage policy.

Other recommendations include measures aimed at specific groups, such as provide vouchers for low-income households so they can shop for essential items, or cutting Value Added Tax (VAT) on these items will reduce the inflation burden on households while helping to reduce inflation overall.