Serhiy Haidai of Luhansk described the relentless shelling of the city, saying ‘everything was on fire’. 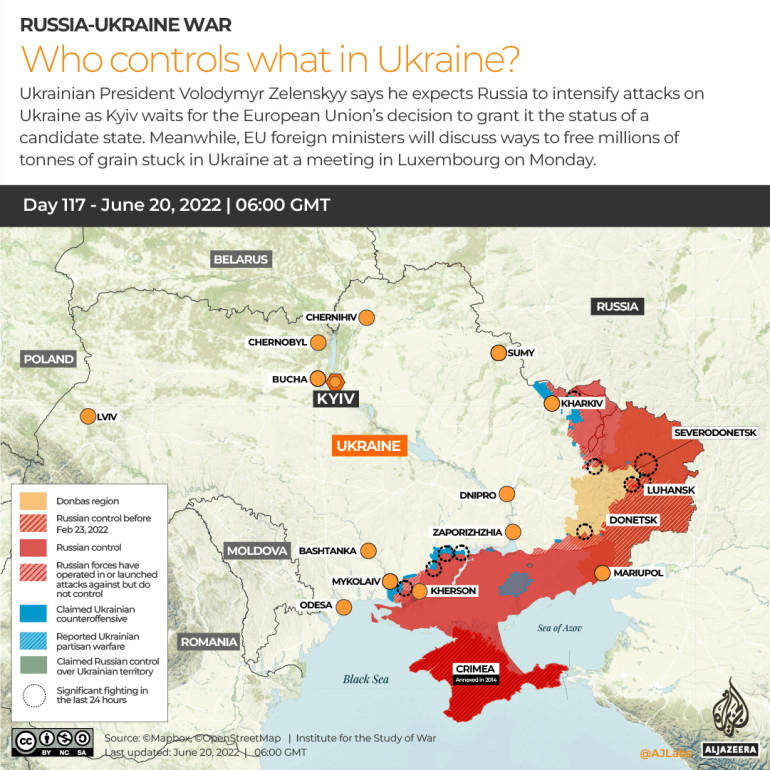 Actor Ben Stiller visited Ukrainian President Volodymyr Zelenskyy in Kyiv on Monday, telling him: “You are my hero.”

“You’re amazing. You gave up a great acting career because of this,” Stiller told Zelenskyy.

“What you’ve done and how you’ve revived the country and the world, that’s really inspiring.”

Stiller’s visit included a stop in Irpin, the site of fierce fighting early in the Russian invasion.

On Tuesday, the Russian Foreign Ministry will summon the European Union’s ambassador in Moscow over a ban on the transport of Lithuanian goods under EU sanctions through Kaliningrad, the Kaliningrad Governor said on Monday.

“Of course, this is a situation that can be resolved diplomatically,” Anton Alikhanov told Russian television.

“As far as I know, tomorrow Marcus Ederer, the ambassador of the European Union to Russia, will be summoned to the Ministry of Foreign Affairs… and he will be informed of the relevant conditions here.”

Vilnius Prohibit the transportation of goods subject to EU sanctions through Lithuanian territory to and from the Russian exclave located between Lithuania and Poland, citing EU sanctions rules.

Zelenskyy said two key cities in eastern Ukraine were seeing the “hardest” fighting as Russian forces stepped up pressure in the region and captured territory along the front-line river.

“We are defending Lysychansk, Severodonetsk, this whole region, the most difficult area. We have the toughest fight there,” Zelenskyy said in a speech late in the evening, after predicting Moscow would escalate attacks ahead of an EU summit that is expected to welcome Kyiv. join the block.

Moscow’s separatist forces claim to have captured Toshkivka, a town on the west bank of the Siverskyi Donets river, south of Severodonetsk, that has become a major battleground city in recent weeks.

Zelenskyy also said shelling in Kharkiv and Odesa continued, and described the Russian offensive in the Donbas, where forces were concentrating their overwhelming artillery fire, as “brutal”.

According to the governor of the Luhansk region, Serhiy Haidai, Russian troops have entered the industrial zone of the heavily besieged city of Severodonetsk.

“It’s just hell there. Everything was in flames, the shelling didn’t stop even for an hour,” Haidai said on Telegram.

The Azot chemical plant is the only part of the region not yet occupied by the Russian military, Haidai said. Nearby villages also suffered from constant fires. According to Ukraine’s Deputy Prime Minister Iryna Vereshchuk, about 300 civilians are sheltering at the Azot plant, although the situation is constantly changing.

Haidai also said that the road connecting Severodonetsk and its sister city Lysychansk with Bakhmut city was under constant shelling.

Read all updates for June 20 here.

How Jensen Acrum chose Soldier Boy's vocals for The Boys 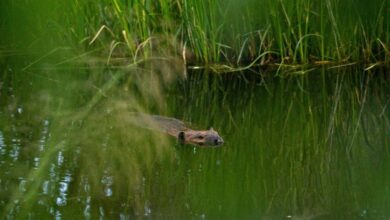 That is war. Then a breeder’s deal with some Pesky beavers is paid.