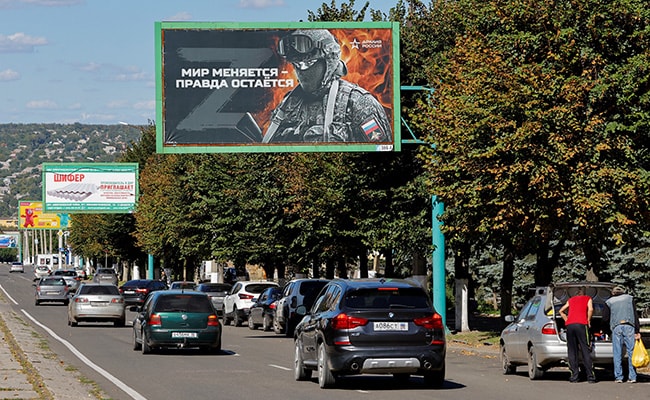 Vehicles drive past billboards with pro-Russian slogans in Luhansk. (Photo by Reuters)

Flights out of Russia were almost full after President Vladimir Putin said the country would mobilize reserve troops to fight in Ukraine. Direct flights to cities in neighboring countries such as Armenia, Georgia, Azerbaijan and Kazakhstan were all sold out on Wednesday, said Aviasales, a popular website in Russia. Turkish Airlines said on its website that flights to Istanbul, which has become an important travel hub to and from Russia, were fully booked until Saturday. Putin made the announcement in a televised address.

Several news outlets and journalists said on Twitter that Russian airlines had stopped selling tickets to Russian men between 18 and 65 (combating age) due to concerns that martial law could be imposed.

Luck said in a report that only young men approved by the Russian Defense Ministry would be allowed to leave the country.

It is also possible that referendums will be held in the Luhansk and Donetsk provinces later this week to give Putin an opportunity to officially annex those parts of Ukraine and make it official Russian territory. the agency added.

After Putin’s speech on Wednesday, Russian Defense Minister Sergey Shoigu announced that 300,000 men could be called up to serve.

Russia’s “special military operation”, which lasted more than six months, left thousands dead and millions displaced. However, Mr. Putin refused to stop, even accusing the West of “blackmail and intimidation”.

It is reported that Russia, in a desperate step, is trying to recruit convicts to join his war in Ukraine. The recruitment is being carried out by Yevgeny Prigozhin, the head of the mercenary outfit known as the Wagner Group, according to Guardians.

All prisoners were promised a presidential pardon after six months and a salary of 100,000 rubles (£1,400) a month, the outlet added.

The Daily Beast says the recruits include serial killers “at least one cannibal”.

Famine in Somalia: What can be done to stop it? | TV shows 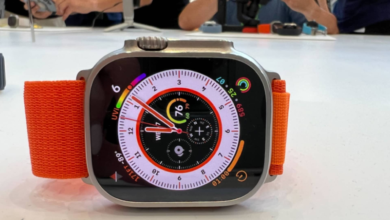