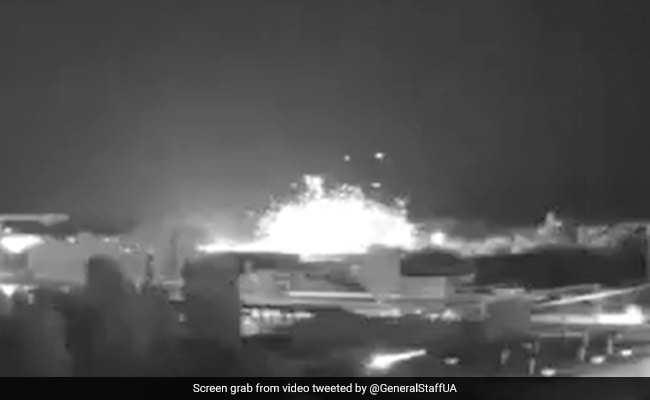 A powerful Russian missile exploded just over 900 meters from the nuclear power plant in the Mykolaiv region of southern Ukraine early Monday, Ukrainian military personnel said on Twitter and shared a video of the explosion. .

In a post on social media, the General Staff of the Armed Forces of Ukraine said that the missile believed to be Russian fell 300 meters from the Southern Ukraine Nuclear Power Plant, about 984 meters. The black video and images show the empty night sky suddenly lit up with bright lights from the explosion in the distance.

Officials said the missile attack caused a brief blackout. They also added that windows were damaged in buildings on the territory of the nuclear plant.

They said that although the explosion occurred less than 1,000 feet from its reactors, all three reactors continued to operate normally and no plant personnel were injured. Energoatom claimed that the explosion shattered more than 100 windows on the buildings of the nuclear plant, while one of the hydroelectric power units and three of its power lines collapsed.

“The acts of nuclear terrorism by the Russian military threaten the whole world. They need to be stopped immediately to prevent a new catastrophe!” statement read.

In addition, Ukrainian President Volodymyr Zelensky also shared a video of the explosion on Telegram and condemned the strike. “The invaders want to shoot again, but they have forgotten what a nuclear power plant is,” he said, adding, “Russia endangers the whole world. We must stop it before it’s too late. “.

The attack near the plant in Southern Ukraine, which is Ukraine’s second-largest nuclear plant, comes after months of concern about the larger Zaporizhzhia plant in the east. Both Ukraine and Russia have repeatedly accused each other of shelling near the Zaporizhzhia facility, which is currently controlled by Russia but operated by Ukrainians. 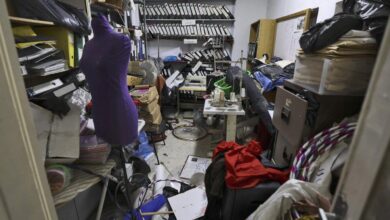