Former Home and Away star Sam Frost has given her fans an important pregnancy update.

The actress, who is expecting her first child with fiance Jordie Hansen, posed in lingerie on Instagram at 26 weeks pregnant on Friday.

She showed off her pregnant belly in a gray tank top and black shorts. 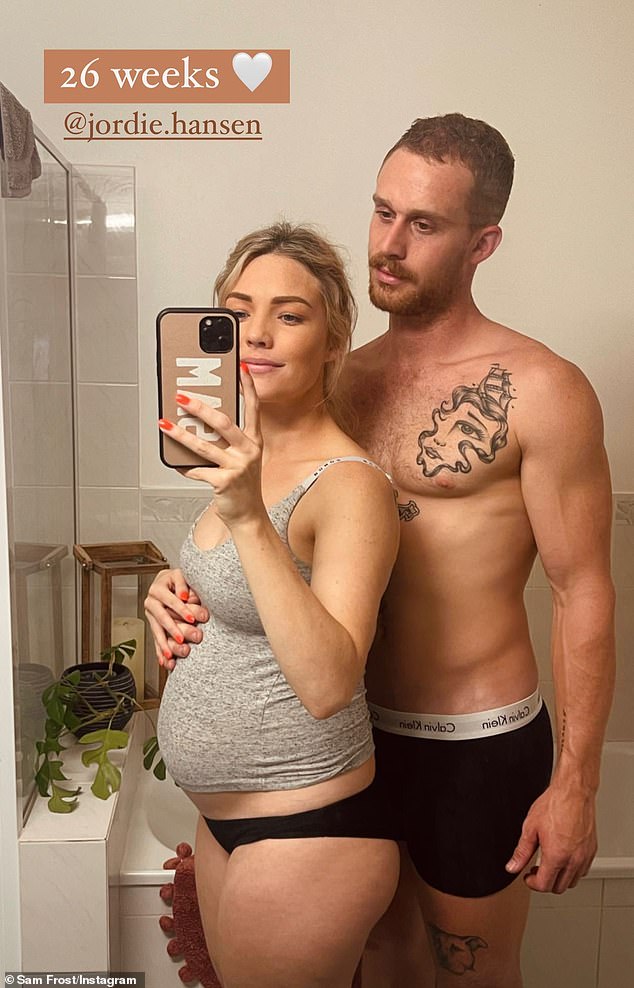 Sam Frost, who is expecting her first child with fiance Jordie Hansen, posed in lingerie on Instagram at 26 weeks pregnant on Friday. Pictures with Jordie

The topless Jordie stood behind her wearing nothing but a pair of black Calvin Klein pants.

It happened after Sam suffered a horrific injury while on the road with Jordie.

The pregnant star fell in the driveway and ended up tearing a ligament in her leg and grazing her leg.

The couple detailed the extent of her injuries on Thursday, on their Jordie and Sam’s Rural Roadtrip podcast. 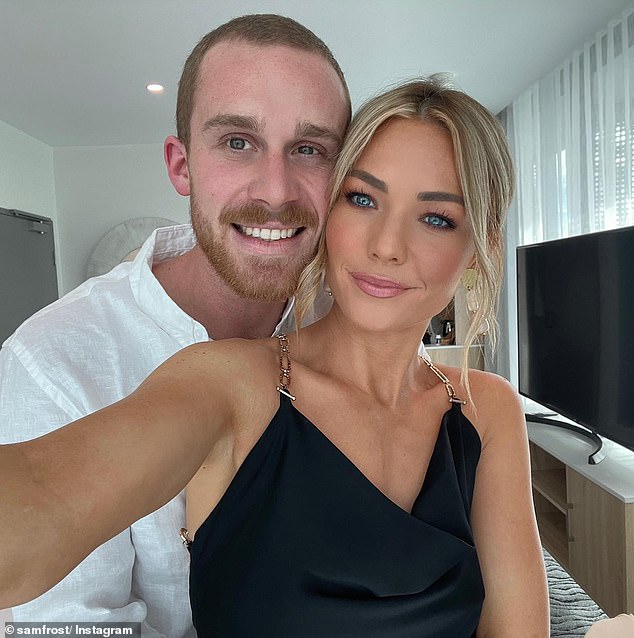 ‘Do you know what I love about you, Sam?’ Jordie started.

‘No matter what, no matter how you feel, no matter how much pain you are in, as soon as the microphone comes on, you always turn it on and give it your all.

‘I’m so proud of you, your ankle hurts so much right now, it just exploded like a balloon.’ 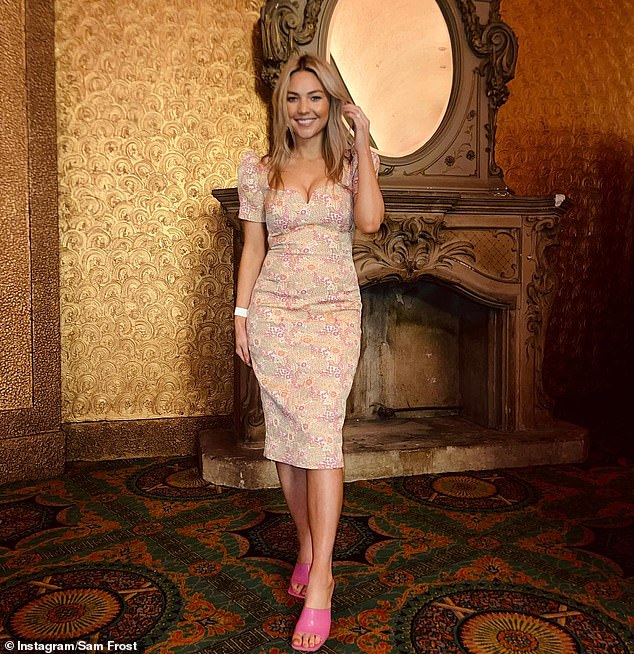 ‘If you see a pregnant woman hobbling on crutches, be polite – it’s me.’

Sam announced she was pregnant in a September Instagram post, posing with fiance Jordie while holding up an ultrasound photo.

The couple got engaged in July after just five months of dating.

Sam announced that she had decided to quit her ‘dream job’ on Home And Away late last year. 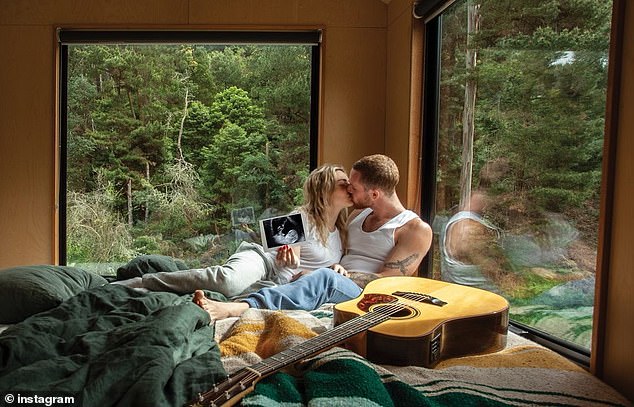 Sam announced she was pregnant in an Instagram post in September, posing next to fiance Jordie while holding up an ultrasound photo

Behind the scenes with FOX's NFL Crew: Honoring John Madden Faces of men who died following contact with police in 2022