NEW DELHI: An insurance company cannot deny a claim by citing an existing health condition disclosed by the insured in the proposal form, after the policy has been issued , the Supreme Court has said.
A panel of judges DY Chandrachud and BV Nagarathna also said a petitioner is obligated to disclose to the insurance company all material facts of which he is aware. The proponent is supposed to know all the facts and circumstances related to the proposed insurance, it added.
Although a proponent can only disclose what he knows, the proponent’s obligation to disclose is not limited to his actual knowledge, it extends to significant facts. which in the ordinary course of business he must know, the court said.
“Once an insurance policy has been issued after assessing the health condition of the insured, the insurance company cannot refuse a claim by citing the existing health condition already approved by the insured. insured disclosed in the application and which conditions lead to the particular risk. wherein the claim was made by the insured,” the bench said in a judgment.
The highest court is hearing Manmohan Nanda’s appeal against the order of the National Consumer Dispute Resolution Commission (NCDRC), dismissing his plea for medical expenses. arose in the US. Nanda purchased the Overseas Business and Holiday Policy as he intended to travel to the US. Upon arrival at the San Francisco airport, he suffered a heart attack and was admitted to the hospital, where an angioplasty was performed on him and three stents were inserted to remove the blockage from his heart vessels.
The appellant then asked the insurance company to cover the cost of the treatment, which was denied by the appellant stating that the appellant had a history of hyperlipidemia and diabetes, which was not disclosed. disclosed when purchasing an insurance policy. The NCDRC concluded that because the complainant was taking a statin drug, which was not disclosed during the purchase of the health policy, he had failed to comply with his obligation of full disclosure of his medical condition.
The Supreme Court said that the United India Insurance company’s denial of the policy was illegal and inconsistent with the law. It states that the objective of purchasing a contract is to seek indemnification for a sudden unexpected or imminent and probable illness or illness abroad. 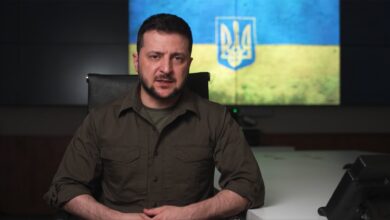