Gross domestic product for the July-September quarter was Rs 38.16 lakh, 6.3% higher than the same period a year ago. The growth rate is completely in sync with RBI’s forecast. The central bank has forecast GDP to grow at 4.6% for the remaining two quarters of 2022-2023.

The most important point of the data is that the economy is doing well and has indeed weathered the disruption caused by the pandemic. However, there are signs that both a slowdown in global economic growth and a tough interest rate environment are taking their toll.

Manufacturing output in the July-September quarter fell 4.3% to Rs 5.98 lakh. The drop was partly due to an upward revision of the previous year’s manufacturing numbers, but there are early signs that economic growth will be challenged in the coming quarters.

Problems in manufacturing were partially offset by increased government capital spending and a full return to normalcy, which has helped with high exposure services. As a result, total fixed capital formed in the July-September quarter increased by 10.4% to Rs 13.21 lakh and personal consumption expenditure increased by 9.7% to Rs 22.29 lakh.

Going forward, the RBI should reconsider the pace of its policy rate hikes. Visible signs of problems in the manufacturing sector suggest a likely slowdown in monetary tightening. Magic Wall: John King explains how to tell if there is a red or blue wave 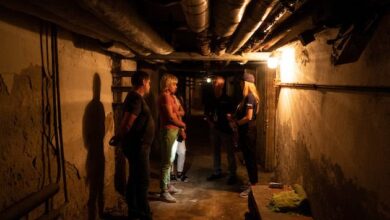