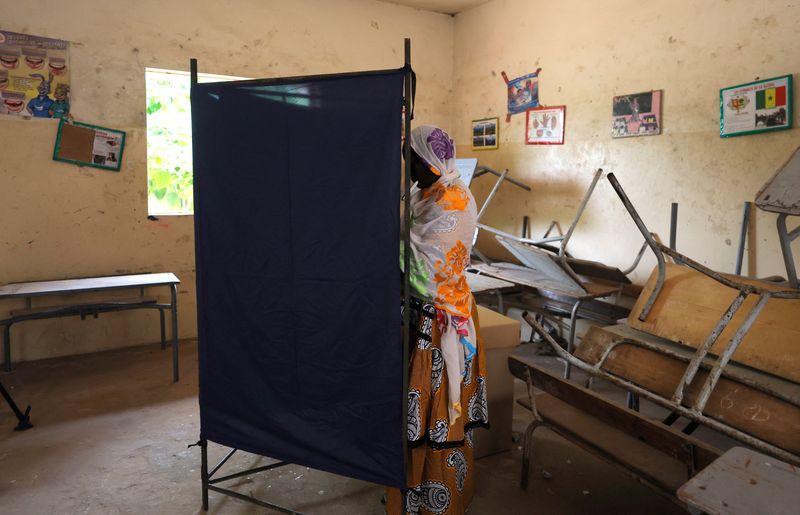 © Reuters. FILE PHOTO: A woman casts her ballot during parliamentary elections, at a polling station in Pikine, on the outskirts of Dakar, Senegal, July 31, 2022 REUTERS/Zohra Bensemra

The results reflect growing animosity toward President Macky Sall, fueled in part by his refusal to rule out violating term limits when running for a third term in 2024.

The BBY lost 43 seats from the 125 it won in the last legislative poll.

Nancy Pelosi's Taiwan visit has left China fuming, could invasion be on the cards?

Something is making the Earth spin faster and the days shorter

Dynatrace Inc. PT Down to $42 at Needham & Company