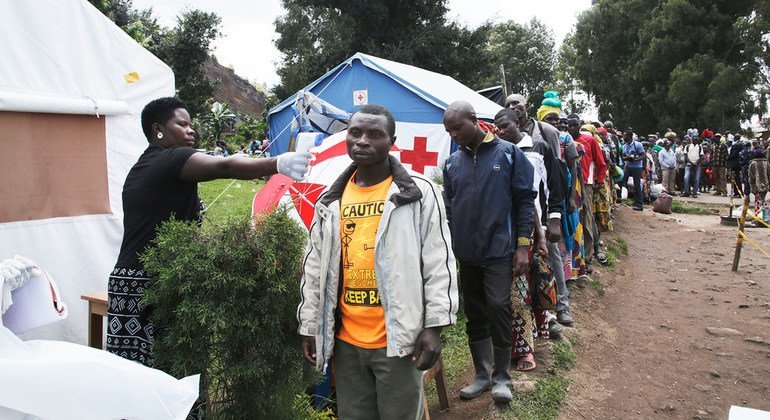 So far, seven cases of the rare Sudan virus strain, including one death, have been confirmed in the East African country. The announcement was made in two days WHO confirmed the first new case, after six suspicious deaths were reported in the Mubende district earlier this month.

Forty-three contacts have been identified and 10 are believed to have contracted the virus and are being treated at the regional referral hospital in Mubende, the first time Uganda has detected Sudanese ebolavirus since year 2012.

Mubende is located in the central part of Uganda, about two hours by car from the capital Kampala, along a busy road leading to the Democratic Republic of the Congo (DRC).

There are gold mines in the area, attracting people from different parts of Uganda, as well as other countries; The WHO explains that, due to the mobile nature of the population in the region, there is a risk of the virus spreading further.

‘Draw the reins’ for the outbreak

WHO’s response to the outbreak included providing medical supplies, providing logistics and deploying staff to assist Ugandan authorities in containing the spread of the virus.

A technical team has been dispatched to the Mubende district to assist with surveillance, infection prevention and case control. Surveillance is being stepped up in neighboring counties and local staff are on the front lines, to strengthen Ebola react. Five international experts are also being deployed, with more on standby if needed.

“We are acting quickly and decisively to tackle this outbreak,” said Dr Abdou Salam Gueye, Emergency Area Director for the WHO Regional Office for Africa. “Africa’s stronger than ever homegrown emergency readiness is proving more important than ever in tackling outbreaks like Ebola.”

Ebola can be deadly, but identifying cases early and treating symptoms greatly increases the chances of survival.

No current Ebola vaccine is effective against the Sudan strain identified in Uganda, but at least six candidate vaccines are at different stages of development.

The WHO Research and Development Team is in contact with all developers and is leading a collaborative effort involving international experts to determine which vaccines may be suitable for additional evaluation. during this outbreak, if there are more confirmed cases.

In Melbourne, a Sky-High drama will be held “A zero game for us”: Ben Stokes after England’s defeat in the first game against South Africa