MADRID – Spain’s top court has issued a ruling blocking the upper house of Parliament from debating and voting on amending the country’s penal code – an unprecedented intervention in the legislative body. The measure heralds potential political turmoil for the left-wing coalition government entering an election year.

Socialist Prime Minister Pedro Sánchez lashed out at the Popular Party, saying the decision was unprecedented in 44 years of Spanish democracy and also in Europe because it had crippled Parliament and affected the renewal of the Constitutional Court, which is required by the Constitution of this country.

“The purpose of the People’s Party is to maintain power by artificial means that the people have denied them in elections,” he said.

He said he understood many people’s outrage over the matter but called for “sereneness” and promised the government would work to break the judicial deadlock “by whatever means necessary”.

Critics see the Popular Party’s appeal as an attack on Parliamentary sovereignty and a move by it to avoid losing influence in the courts. By contrast, the Popular Party accuses the government of trying to secretly control the courts by including reforms in an expedited package that would limit debate on the issue.

The decision, which is a first of its kind in Spain’s four-decade democracy, could have unprecedented effects on future legal proceedings and could leave Socialist Prime Minister Pedro Sánchez headaches as he seeks re-election in 2023.

The Constitutional Court regularly accepts suspension appeals and studies passed legislation. It is currently being appealed by the People’s Party against several important laws in its books, including on abortion, assisted suicide and education. But never did it interfere with the pre-approval process.

Jaume Asens, parliamentary spokesman for Unidas Podemos (United We Can) – the minority party in the ruling coalition – told Spanish National Television on Tuesday: “We are facing a situation. very serious, a blow to democracy.

At stake is the perceived political affiliation of the country’s judicial authorities, even though they are nominally independent and neutral.

Both the supreme court and the General Assembly of Justice, the body that oversees judges, have long been considered conservative. Renewal of the council has been deadlocked for the past four years due to a lack of consensus between the Socialist and Popular Party. Both the ruling and main opposition parties, as well as the Parliament, have a say in appointing judges.

On the contrary, the impasse of the council affects the periodic replacement of judges at the Constitutional Court as the council is given the choice of two judges for the court, but so far the council has not agreed on the selection of judges. your choice.

That stalemate has left the council and the Constitutional Court in the hands of a majority seen as conservative.

Two leftist parties in the government decided to push for judicial reform as a means of breaking the deadlock in appointing new members to the judiciary, but the Popular Party rejected the idea.

In the case of the Constitutional Court, the terms of four of its judges, including the president, expired months ago, and two of them could lose their positions if the agreement were to change. This is done by reform.

The reform was debated and passed with a majority in the lower house last week and should have passed easily by the upper house – the Senate – on Thursday. 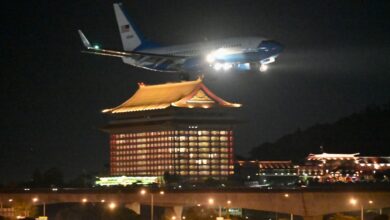 Russia seizes nuclear plant in Ukraine and profits in the South