In the first part of this two-part series, we bring together iconic Citroën cars, built decades apart and segmented but with the same characteristics.
By Siddhraj Singh
When you talk about countries with cars, many names come to mind. More often than not, however, France is on this list, and it really is because France is deeply connected to the auto industry and its history. One of the first self-driving vehicles created in France, fardier à vapeura steam-powered tricycle built by inventor Nicolas-Joseph Cugnot, in 1770. Over 150 years of automobile development, it has also remained a leader in automobile development and a major manufacturer. The really standout French producer is Citroën.

Two of the most connoisseurs of comfort are built for completely different purposes – the 2CV and the C5 Aircross.

Although coming to the automotive market a bit late, Citroën was the first mass car manufacturer in Europe. Since then, it has spawned a number of highly successful and groundbreaking models, which have since continued to amass a wide following. Most notable is the 2CV – a simple, fuel-efficient, spacious, cheap and highly usable car.
2CV, or deux chevaux in French, means 2 taxable horsepower (according to current French law at that time). It was designed before World War II as TPV (Toute Petite Voiture or “Very Small Car”) and was used to motorize large numbers of the French rural population. War intervened, but development continued in peacetime. The design evolved a bit, and when it was finally released in 1948, it was a commercial success. Postwar France has a new champion; The small, handy vehicle not only brings hope of recovery to the country, but also proves itself all over the world.
2CV would be a great fit for India’s needs at the time, but we’re not one of the export markets. The few cars that reached were either through diplomats or through Goa and Pondicherry, who were not part of the Indian Confederacy at the time. In the case of the car featured here, it has had a more unique journey. A traveler has driven it down from Europe, a testament to its ruggedness and utility. However, he dropped it in India, and the car was later auctioned off by the Government, and bought by car collector and media mogul Viveck Goenka.

“As a collector of classic cars, there are a few must-have cars, and the 2CV is one of them,” says Goenka. The 2CV is one of five Citroën in his collection, all coveted to his liking.
After building a large collection, he also created a world-class facility to maintain and restore them. “When we bought the car, it was in terrible shape, had a rough life, and then fell out of favor with the elements. Goenka said we had to restore the entire car, but left the rear fenders in as they had been modified by the previous owner for his ride.” It still runs like new today, its quirky dashboard-mounted gear lever getting used to. Its large windows make it feel larger than its small size and its innovative suspension setup, a system that links both front and rear together, eliminates even imperfections. roughest surface point.

Interestingly, these are the same principles that Citroën continues to apply to this day, and that is evident in the flagship C5 Aircross, its first car in India. Like everything French, the SUV is exquisitely designed. It camouflages its size well and stands out in overcrowded SUV spaces like the 2CV did. Subtle use of chromium and unique design elements ensure that it is not confused with anything else. Inside, designers have thoughtfully laid out the cabin, with plenty of styling to boot. The chairs are among the best on offer and their unique upholstery combination is eye-catching to say the least. A large greenhouse and sunroof give it an airy cabin that, again, resembles a 2CV.

The luxurious interior of the C5 Aircross complements its luxurious ride

The suspension is so supple and truly a standout element of this SUV that not a single statement even high-end SUVs can boast of. “It’s actually better than some of my other cars,” said Mr. Goenka. If you had to describe it in one word, it would be comfortable. Powered by a 2.0-liter diesel engine mated to an eight-speed automatic transmission, the SUV is also one of the quietest powertrains you’ll get. Whether at stop-start traffic or on the highway, Aircross is designed to continue to operate just as its predecessor – 2Cv – did.
2CV was meant to put a country on the wheel by offering a car unlike anything that existed then. It’s more than its concise response. Likewise, more than 70 years later, the C5 Aircross does the same thing albeit in a slightly different way – it puts our aspirations at the wheel, ensuring us a kind of comfort unlike anything else. other on our way.
PHOTO: ASHUTOSH VERMA 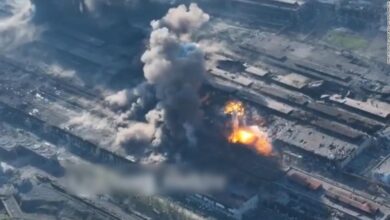