According to Pakistani officials, at least 30 Pakistani Taliban (TTP) prisoners at an anti-terrorism detention facility overpowered their captors and took about 10 hostages in a standoff that began on Sunday. and lasts more than 12 hours.

The detainees are said to have seized weapons from police while they were being questioned, and at least one official was killed in the struggle.

Police and troops have surrounded the outpost, located in the Bannu district of Khyber Pakhtunkhwa province, and negotiations with the hostage-takers are ongoing. According to TTP spokesman Mohammad Khurasani, the militants are asking for safe travel to North or South Waziristan.


In a video posted on social media, confirmed by a government official to be from the scene, one of the armed men threatened to kill the hostages if the prisoners were not brought to a secure border area. whole. “Otherwise, the entire responsibility of the situation will fall on the military,” TTP said in a statement.

A senior government official confirmed the hostage takers’ claim, telling AFP:They want us to provide them with safe passage by land or by air. They want to take all the hostages and release them later on the Afghan border or inside Afghanistan.”

Estimates of the number of hostages vary, with one intelligence officer telling Reuters there were six – four military personnel and two counterterrorism officials – while a video posted by TTP on social media claimed “at least eight.“Other officials have put the highest number at ten.

Pakistani officials have sought help with the situation from Afghanistan, although a senior government official told AFP that “practically no progress” was done on Monday night.

Although the TTP is a separate group from the Taliban in Afghanistan, it espouses a similar Islamic fundamentalist ideology. A ceasefire between the group and the Pakistani government ended last month, and the group pleaded guilty to killing four policemen in a nearby district on Saturday.

Moscow says it shot down 4 US-made missiles over Russia

CVS, Walgreens restrict the purchase of pain relievers for children According to Reuters 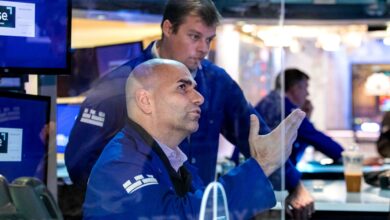 Portraits of Our Times – The New York Times