The Taliban have urged Afghan refugees to avoid participating in protests held in Iran and Pakistan.

The Taliban representative said in a video message released on November 23 that “the protests are their (Iran and Pakistan) internal work, their people are protesting, don’t ruin it.” your life,” reported The Khaama Press.

Rashid added that these protests are internal affairs of their respective countries and Afghan citizens should not participate in them.

The Taliban’s call for Afghan refugees comes as Iranian citizens have been holding nationwide protests for several weeks across Iran.

Iranian woman Mahsa Amini, 22, died while in the custody of Iran’s Ethics Police for failing to comply with the mandatory hijab, sparking an unprecedented series of public protests against Iranian government.

These widespread protests, caused by Amini’s death, were one of the biggest challenges facing Iran’s government and leadership after the 1979 revolution.

However, so far, the Iranian government has not commented on the participation of Afghan immigrants in the protests.

On Tuesday, Iran’s judiciary announced that the Iranian government had arrested 40 foreign nationals in connection with the country’s recent protests. However, it has not released further information on the identities of the individuals arrested.

Before the Taliban took control of Afghanistan, 3.4 million Afghan immigrants – nearly two million of them undocumented – lived in Iran, according to statistics from the United Nations High Commissioner for Refugees (UNHCR). , Khaama Press reported.

However, UNHCR said that after last August when the Taliban took control of Afghanistan, hundreds of thousands of Afghans fled to Iran.

Meanwhile, Pakistan was also thrown into turmoil due to political instability, after Imran Khan, the former prime minister of Pakistan, was deposed. Khaama Press reported that violent protests by his supporters paralleled the protests in Iran.

While the ousted Prime Minister of Pakistan was shot in the leg during a protest on November 6, he announced that the protest marches towards Islamabad would continue.

Although the United Nations’ International Organization for Migration (IOM) estimates that there are currently 1.3 million Afghan immigrants living legally in Pakistan, it is also believed that hundreds of thousands of Afghan immigrants are also residing in Pakistan. unusually resident there, Khaama Press reported. 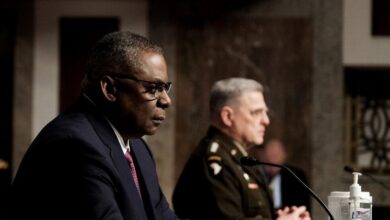 5 key takeaways from how Ukraine’s counteroffensives reshaped the war