The Odisha government said it would subsidize the purchase of electric vehicles by 15%.

The Odisha government on Tuesday announced that it will subsidize the purchase of electric vehicles by 15%. For electric two-wheelers, the subsidy will be 15% of the cost, up to ₹5,000. For tricycles, that allowance will be ₹10,000 while for electric four-wheelers it stands at ₹50,000, notify the state government.

According to the announcement issued by the Ministry of Trade and Transport, the subsidy decision was made on the proposal of Niti Aayog and in line with the Odisha Electric Vehicle Policy 2021. The subsidy will come into effect from 1st of May. 9. The grant will be credited to the beneficiary’s bank account by the RTO where the vehicle is registered. The project will be implemented until December 31, 2025.

The state government also shared about setting up a dedicated portal to track information related to sales, credit of purchase offers and granting loans. In October last year, the Odisha government also announced the exemption of registration fee and motor vehicle tax for all electric vehicles.

The state is also focusing on establishing a robust EV charging infrastructure. A previous report had said that the city of Bhubaneswar is set to have seven charging stations. It mentioned that places such as shopping malls, parking lots, hotels, residential complexes, highways and workplaces will be considered on a priority basis. Officials say the move is the first phase of building robust charging infrastructure in the city. Odisha also aims to reach 20% battery electric vehicle registrations of total vehicle registrations by 2025.

(With input from PTI)

10 Healthy Frittata Recipes to Make When You're Short on Time Hyundai has no plans to phase out the internal combustion engine 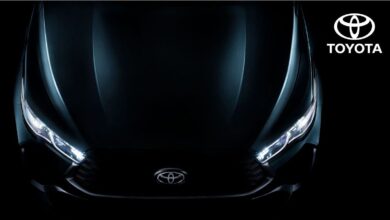