Every time the powerful vampire Laszlo Cravensworth turns into a bat in What do we do in the dark, he announced it proudly and loudly, with a “Bat!” full of energy. It’s hard to imagine a vampire sitcom without the exclamation mark, but actor Matt Berry can’t really remember how he came up with it.

“I talked to [executive producer] Jemaine [Clement] about this – I don’t even remember doing the first one. And he can’t remember where it came from,” Berry told Polygon. “Maybe that’s what I felt that the scene had to end naturally. And that’s how I escaped the scene. It’s like the improvisation is starting to run out. So I think, Screw this, I need to get out of there.“

Berry may not remember the exact details of the first “Bat,” but luckily his co-star Natasia Demetriou, who played his wife, Nadja, does, because it’s funny.

“I remember the first place ‘Bat!’ comes from,” Demetriou interrupted. “I could be wrong, but we were on that bridge in that park in LA working as pilots. And then it was like, Is that right Matt, so you’ll beatand so you just went, ‘Bat!’ “

“It’s just a kind of notation,” Berry explains. “It’s always funny if someone says what they’re going to do. That’s probably why I say it.”

Demetriou said: “I remember I almost died from laughing. “It’s not in the script.”

Berry said: “Nothing directed, just to amuse me. “All is made. We have such great directors and great people in charge of the show that we just keep trying to run with any old stupidity. “

New episodes of What do we do in the dark airs on FX on Tuesdays at 10 p.m. EDT and is available to watch on Hulu.

Is the shortage of refineries driving up global fuel prices? | Oil and Gas 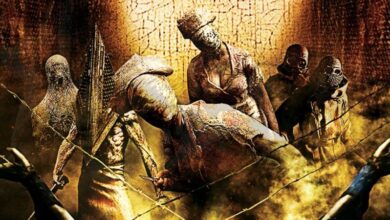