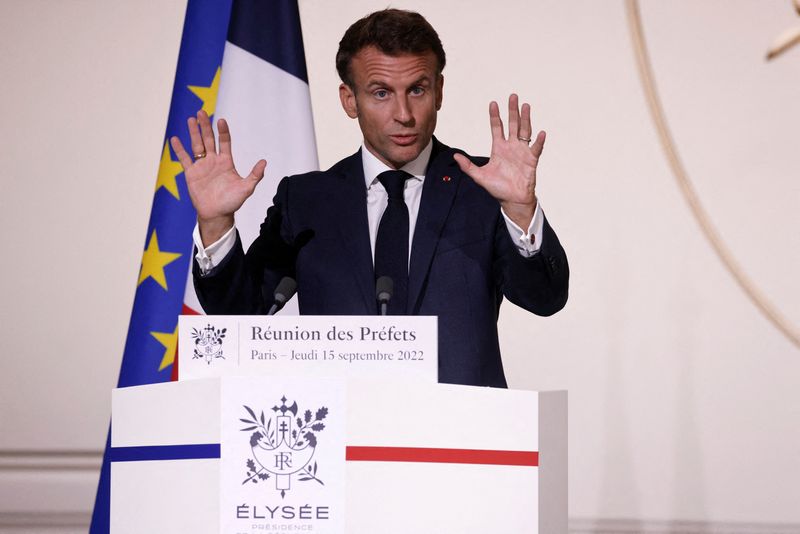 UN (Reuters) – French President Emmanuel Macron held face-to-face talks with his Iranian counterpart, President Ebrahim Raisi on Tuesday with the French leader saying he hoped to be able to “discuss all problems”.

The meeting was Raisi’s first confrontation with a major Western leader since he was elected last year.

It comes amid a utter stalemate to revive the 2015 nuclear talks and as protests intensify in Iran over the death of 22-year-old Mahsa Amini, who was comatose and died after being injured. Ethical police arrested in Tehran last week for “inappropriate attire”.

On Monday, France said there would be no better offer for Iran to restore its nuclear deal with world powers and that Tehran must make a decision now. EU foreign policy director Josep Borrell, who coordinated the negotiations, said he saw little chance of making progress at the UN General Assembly.

Months of indirect negotiations between Iran and the United States have turned up a number of issues, including Tehran’s insistence that the International Atomic Energy Agency (IAEA) close its investigation into traces of uranium found at three nuclear sites. The location was not declared before the treaty was revived and the United States assured that Washington would not walk out of any nuclear deal again.

Matthew McConaughey talks consent and was sexually abused as a teenager

Letter to my future self Swedish utility company Vattenfall posts profit up 54% According to Reuters Unit of Chinese developer Evergrande ordered to pay $1.1 billion According to Reuters Litecoin drops 10% in Selloff according to Investment.com