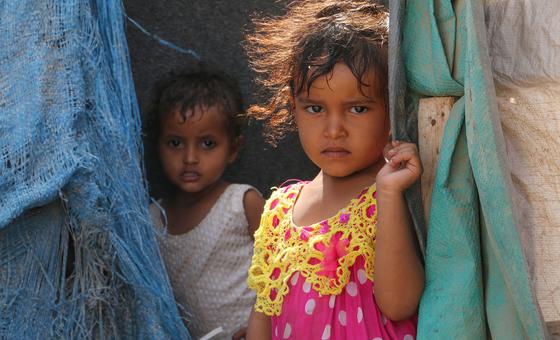 Mr. Türk repeated the UN Secretary-General’s call for an extension of the ceasefire agreement and for a negotiated solution to bring the conflict to an end once and for all.

The war that broke out more than seven years ago between the Saudi-led pro-government coalition and the Houthi rebels – along with their supporters – has plunged Yemen into an unparalleled humanitarian crisis.

However, the truce expired at the beginning of October without the conflicting parties reaching an agreement to renew.

Since then, reports have been received of civilians being in grave danger. In the last week of October, the United Nations rights office, OHCHRverified three shellings in Government-controlled territory that claimed the lives of a boy and a man and injured four boys, two of whom had their legs amputated.

Three sniper shootings by the Houthis, also known as Ansar Allah movement forces, that injured a boy, a woman and two men, have also been verified. On October 21, Ansar Allah also conducted a drone attack on the Al Dhabah oil port in Hadramaut, putting civilians at serious, unwarranted risk.

The United Nations rights chief said on Friday that all parties to the conflict must strictly adhere to the principles of international humanitarian law in conducting military operations and make every effort to to limit the impact of the fighting on civilians.

He reminded the parties to the conflict that they have a strict obligation to facilitate humanitarian access to populations in need and to enable people to access humanitarian and life-saving services.

He said that intentional targeting of civilians and civilian objects is prohibited by international law and constitutes a war crime, and that any such attack must cease immediately, within when the relevant authorities should investigate such cases and hold those responsible accountable.

Briefly speaking to journalists in Geneva, OHCHR spokesman Jeremy Laurence added: “It is clear that the suffering of the Yemeni people will continue until this conflict is over.

“We therefore reiterate the call of the Secretary-General of the United Nations, who said that the time has come for Government forces and their allies, together with Ansar Allah and their international supporters to their economy, the peaceful option is good.” Who is Isak Hansen-Aaroen? Of Man Utd "Wonderful" record-breaker promoted to first team