Annu Kapoor was scammed by an online scammer of Rs 4.36 lakh who called him on Thursday morning and asked him for his banking details. Oshiwara police recovered Rs 3.08 lakh after approaching two banks where the scammer had transferred the amount and both accounts were frozen.

By chance, Annu Kapoor became the victim of theft three months ago during his European tour. “This is not the first time I have been robbed. In June I was robbed during my European tour, and I don’t expect if the money will ever come back. Before that incident, an employee stole cash from my office and ran away. So these are all unfortunate incidents that happened in the past few months.”

Recounting the recent online scam, the actor said, “On Thursday morning, around 11:30 a.m., a man called my phone posing as a banker and asked me to update my KYC. mine. I asked him for his employee number, and he gave me a fake number. I was in a hurry and I didn’t realize that I shouldn’t have shared my bank account number with him and the OTP number that was sent to me. Within minutes, 4.36 lakh was withdrawn from my account. I immediately ran to the Oshiwara Police Station, where they registered my complaint and took swift action. The scammer transferred money to two bank accounts in Bihar, which were later frozen. Police were able to collect Rs 3.08 lakh rupees, but the rest was withdrawn in cash, and police are trying to track down the perpetrators.”

Kapoor, who is currently filming Dream Girl 2, added, “I would like to tell everyone not to share any personal details – Aadhar, OTP number, credit or debit card details or any other information. important information over a phone call. If you are naive and not street smart, then you can fall prey to scammers and scammers.”

Israeli leader welcomes US plan for sea border with Lebanon 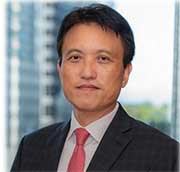