UNHCRalong with the Government of Uganda and partners, is assisting around 10,000 people to find shelter in the southwestern district of Kisoro, after fleeing the violence that began on Monday.

They come from the DRC’s Rutchuru territory, located less than 10 kilometers from the Bunagana border in Kisoro.

“When people arrived in Uganda on March 28 and 29, artillery and gunfire could be heard from across the border, indicating that clashes were ongoing. Six people arrived with gunshot wounds and were taken for treatment,” speak Joel Boutroue, UNHCR Representative in Uganda.

In addition, nearly 36,000 Congolese have been displaced within the DRC, most of whom are living in host families, or in markets and schools.

Although security conditions are making it difficult to reach them, UNHCR and the World Food Program (WFP) has established a joint task force to organize the provision of humanitarian assistance.

UNHCR and the Uganda Prime Minister’s Office, are responding to the emergency, working with district and local authorities, as well as partners.

The agency has relocated about 2,530 asylum seekers to the Nyakabande transit center, located nearby.

Mr Boutroue said the heavy rain had made it more difficult for those arriving with only a few belongings to arrive.

Many children are unaccompanied

Although Uganda has now closed its border to Bunagana to trade, it is still open to asylum seekers. Some are also entering the country through occasional border crossings.

“We have also observed many unaccompanied children, older adults and people in wheelchairs among those fleeing violence.” he added.

“Most newcomers live in and around markets and other places in the community. As with many previous incidents, they wanted to be close to the border so they could easily receive news of what was happening in their village, in the hope that the violence would stop and they could return home. “.

UNHCR has also established a system to quickly identify and track people in need of urgent assistance.

The agency commended Uganda for once again welcoming those ravaged by violence. The country accepts more refugees than any other country on the continent.

This year, UNHCR will need more than $343 million to support its operations in Uganda, but so far less than 10% of the funding has been received.

Meanwhile, the humanitarian needs of more than 5.6 million internally displaced people in DRC are also largely unmet due to lack of funding. The operations there, totaling about $224 million, are only 8% funded. 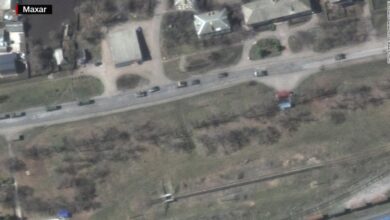