Tunisha Sharma’s mother and maternal uncle held a press conference today (December 30) to address the conspiracies between her daughter and Sheezan Khan.

Speaking to the media, Tunisha’s mother said: “Tunisha cannot die by suicide. I just don’t know what happened for 10-15 minutes. God knows what he’s done to my baby since it happened in Sheezan’s dressing room. The day they broke up, Sheezan slapped her and she cried a lot and said he took advantage of me. At first, she told me that she liked Sheezan.”

Tunisha’s mother also shared that she was planning to throw a surprise birthday party for her daughter next January. She also shared, “Tunisha broke up with Sheezan after reading his conversations with another woman.”

Her mother added: “I just want to know what was conspiring that day, what made her make this decision. We talked and for half an hour, I don’t know what happened. Sheezan brought her down and they didn’t call an ambulance.” Tunisha’s uncle added, “We were told there was a 15-minute delay.”

They suggested it could also be a ‘murder’.

Tunisha died by hanging herself on the set of the Alibaba show on December 24. Her co-star and ex-boyfriend Sheezan Khan is currently in police custody. 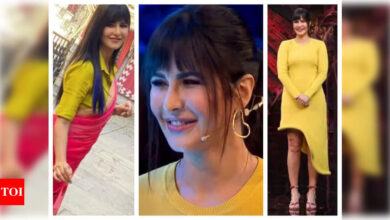 ETimes Troll Slayer: Katrina Kaif is far from the ‘buddhi’ and ‘weird’ that trolls want her to be! | Hindi Movie News