JERUSALEM – A US court ordered the Lebanese militant group Hezbollah to pay millions of dollars in damages to a group of Americans who sued saying they were injured by the group’s rockets during the war. with Israel in 2006.

The case was brought under the US Counterterrorism Act and alleged that Hezbollah caused physical and emotional harm to the plaintiffs and damaged their property. The judge ordered Hezbollah to pay $111 million in damages to the plaintiffs.

Such civil lawsuits against militant groups are difficult to enforce but Nitsana Darshan-Leitner, one of the lawyers representing the plaintiffs, said it was an important legal victory over the group led by Iran. backing.

Darshan-Leitner said in a statement: “Only by paying dearly from those engaged in the business of terrorism can we prevent the suffering and loss of other victims of violence. caused by them,” said Darshan-Leitner. Who is the winner in the energy war between Russia and the West? | Energy 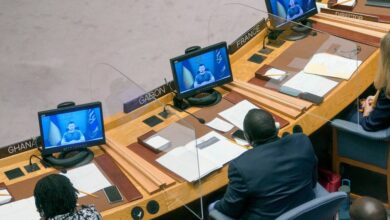