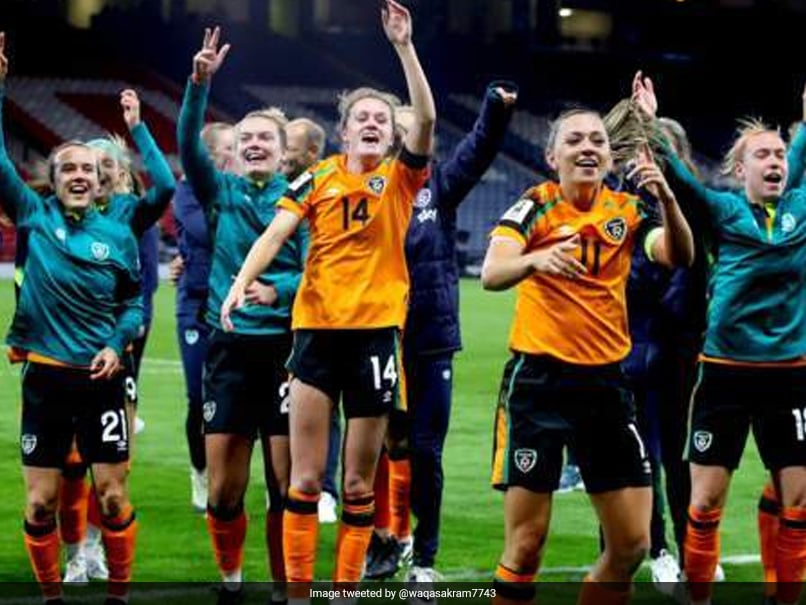 European governing body UEFA has fined the Football Association of Ireland (FAI) after members of its women’s team chanted a factional song after a World Cup qualifying match. A clip surfaced on social media showing players singing a song in support of the paramilitary Republic of Ireland Army (IRA) as they celebrated their 1-0 win over Scotland’ at Glasgow’s Hampden Park in September. 10 and sing “Ooh ah, up the ‘RA”. Winning the play-off game helped Republic enter the FIFA Women’s World Cup for the first time.

UEFA said on Thursday the control, ethics and disciplinary body (CEDB) had fined the FAI 20,000 euros (£17,271) over an incident it said was a “violation of basic rules of application”. behave properly”.

Speaking shortly after the clip was made public, both FAI and Ireland manager Vera Pauw, of the Netherlands, apologized for the incident.

“We apologize collectively for any harm caused, there can be no excuses for that,” she said.

Unlike rugby union, where one team represents the whole of Ireland, the divided nature of the government on the island is reflected in the separate football teams.

The FAI runs football affairs in the southern Republic of Ireland, while the Football Association of Ireland is the governing body for the game in the British-controlled province of Northern Ireland.

The IRA was behind a decades-long campaign of violence against British rule in Northern Ireland before the conflict ended with a 1998 peace agreement.

From Tejasswi Prakash, Urfi Javed to Dipika Kakar; TV celebs who got trolled in the Year 2022